Newspapers and good government groups across the state are pressing Republicans to adopt a non-partisan method of redistricting.

By Bill Lueders, Wisconsin Center for Investigative Journalism - Sep 4th, 2013 01:33 pm
Get a daily rundown of the top stories on Urban Milwaukee

A remarkable advocacy campaign is happening in Wisconsin, involving media outlets, nonprofit groups and engaged citizens. They want to change — or at least discuss — how the state redraws voter boundaries .

Two mostly Democrat-backed bills, AB 185 and SB 163, would strip this task from politicians and give it to the Legislative Reference Bureau, a nonpartisan state service agency. This is similar to how redistricting is done in Iowa.

Wisconsin’s last redistricting, after the 2010 Census, was done in secret and cost taxpayers more than $2 million. Ruling Republicans strategically carved districts to maximize their electoral prospects, much as Democrats would had done had they been able.

Consider: In the fall 2012 elections, Republicans won five of the state’s eight congressional seats, six of 11 contested state Senate races, and 56 of 76 contested Assembly seats — despite getting fewer votes statewide than Democrats in all three categories.

This system for letting politicians pick their voters, rather than the other way around, has long been opposed by Common Cause in Wisconsin, the League of Women Voters of Wisconsin and Wisconsin Democracy Campaign.

The idea was hatched by Scott Milfred and David Haynes, the editorial page editors of, respectively, the Wisconsin State Journal and the Milwaukee Journal Sentinel, along with Neil Heinen, editorial director of WISC-TV in Madison, which aired an editorial on the topic.

Milfred says the trio considered this an important issue that “didn’t look like it was going anywhere.” So they appealed to editorial boards across the state: “We thought more voices saying the same thing at the same time would be more likely to prompt action.” 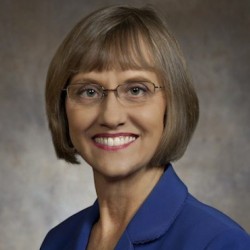 “What are you and your Republican leaders afraid of?” chided the Janesville Gazette.

The bills are similar to ones that went nowhere in the past, including when Democrats controlled state government. GOP lawmakers including Lazich think the current bills should go nowhere too.

“Granting redistricting power to an unelected, appointed board would do little to remove the redistricting process from the political realm,” wrote Lazich in an column run by the State Journal and Journal Sentinel. “Rather, it would merely move the political maneuverings to an unaccountable board, beyond the reach of the electorate.”

In other words: If you don’t like what the party in power does to make it harder to vote its members out, all you have to do is vote them out.

The response from State Journal readers helped answer the Janesville Gazette’s question. All 13 letters that ran the following Sunday sided with the paper and against Sen. Lazich, with some noting the irony of Lazich using the banner of democracy to deny a public hearing.

Milfred says preference is given to “publishing reader views that disagree with our editorial board’s positions,” but in this case not a single such letter was received. In fact, the paper got more letters supporting its position than it had space to run.

Several editorials urged citizens to contact the offices of Sen. Lazich and Rep. August, but neither office would say what sort of response it received. An aide to Rep. August said the office only tracks constituent contacts, then failed to provide information on these.

Sen. Lazich, through staff, did not respond to requests for an interview or to say whether the reaction made her reconsider.

But Milfred is optimistic that a hearing will be held: “With that many voices across the state supporting a hearing, I’d be surprised if they’d just blow that off.”

6 thoughts on “We Want Redistricting Reform!”