The head of NEWaukee lives on a block suffused with old Milwaukee history. 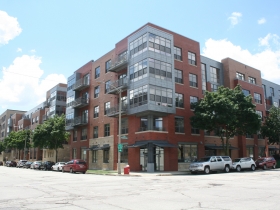 As you head to Summerfest this week, there’s a chance you will pass the Gaslight and Corcoran Lofts in Milwaukee’s Historic Third Ward. These four buildings occupy one city block bounded by N. Milwaukee and Jefferson streets and E. Menomonee and Corcoran streets. This is where Newaukee founder Ian Abston lives, in a 2 bedroom bachelor pad in the Gaslight portion of the complex.

The Gaslight name came from a former use of the property, from a day when it would have been unthinkable to see the streets of the Third Ward teeming with Summerfesters — a now-gentrified land where designer poodles in pairs are led by women in designer dresses.

In 1894 this entire block was part of a large complex used to convert coal to natural gas, as a map prepared by the Sanborn Co. (which created such maps for insurance companies considering underwriting properties in the area) shows. It indicates there were four “gas holders” on the 3.79 acre property — one of which rose 84 feet above ground, a height which the current structures fail to reach. The lot was outfitted with brick retorts, blowers, scrubbers and underground naphtha oil tanks. The building that actually performed the alchemy necessary to turn solid black coal into invisible coal gas (the plant was called the “Purifying House”) remains at 117 N. Jefferson St., where it is now home to Tulip Restaurant and other businesses.

Off to the east, where the Jefferson Lofts now stand, the Michigan Ammonia Works ran night and day on the same block as the Greenslade Foundry, with its dirt floor. There was an oil warehouse, a barrel yard and yet another “gas holder,” the Sanborn map notes. The Wisconsin Telegraph Company had a location there, where “a man sleeps in the building.” To the south, were “ruins of a fire. Brick walls standing.” Another building across from today’s Gaslight Lofts “was badly damaged by fire. Partly unroofed.”

It is remarkable, in fact, that the Gasworks ever survived the disastrous Third Ward fire of October 28, 1892 that destroyed 410 buildings and 215 freight cars. The fire killed five, injured hundreds and displaced thousands of people who probably did not live among gas works and ammonia plants by choice. And two years later the Sanborn company still found damage from that fire.

Since the Third Ward was the wholesale and manufacturing heart of Milwaukee, it was quick to rebuild almost immediately, and the industrial lofts of the neighborhood clearly influenced the size and massing of more recent apartment buildings created in recent decades. (That and mayoral-appointed Historic Third Ward Architectural Review Board, established in 1981.)

Even 30 years ago, well after Summerfest moved to Henry W. Maier Festival Park, the Third Ward (by then the Historic Third Ward) still was a significant center of commerce and manufacturing, along with some businesses more reminiscent of the 19th century ammonia works than of the 21st century aromatherapy spas.

There were printers, engravers, wiremakers, sweatshops (including a place specializing in blaze orange hunting gear), commission merchants, warehouses, gay bars and a tremendously foul-smelling cat food factory that took forever for the city to remove. The Italian Community Center, which now draws 200,000 visitors a year, was still in the future, and the whole affair was largely dismal and neglected. There were no residents.

By 1999 240 residential units had been constructed in the 60-block ward; that was up to 778 by 2004 and 1200 by 2011. This increase in population consists largely of upper-income retirees and young professionals.

Nowadays the only useful thing you can do in the neighborhood is get your car’s springs fixed at Babcock Auto Spring, Est. 1915, or get your motor worked on a Jaznari Auto Repair, right across from the lofts on N. Milwaukee St.

Developers in the area range from relatively small operators to major forces like Robert Joseph, whose grandfather George Bockl bought in the area when it was desolate, architect Peter Renner, who lined the river with new lofts, and Barry Mandel, a pioneer of Milwaukee urban redevelopment who built and owns the Gaslight and Corcoran Lofts, which are in sight of his riverfront headquarters on E. Erie St.

Among its outreaches is a partnership with Newaukee, founded in November 2011 by Ian Abston, a Gaslight Lofts resident.

In May, 2013, Mandel and Newaukee joined forces for a “meetup” at Mandel’s new North End development. The event featured live dj’s, complementary food and beverages and live painting on canvas by Reginald Baylor. Mandel is also active in advertising online, and has claimed recently that about 80 percent of his new residents (presumably young professionals) find their apartments this way.

Mandel is also the very rare landlord to include his Walkscore on his property listing, which greatly pleases House Confidential.

How Milwaukee Is It? City Hall is .87 mile away. 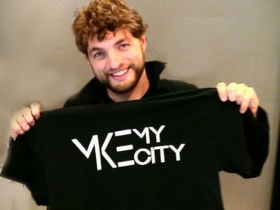 Ian Abston wasn’t born and raised in Milwaukee. Perhaps it’s that perspective, having moved to Milwaukee following graduation from UW-Oshkosh,  that has allowed him to become one of the biggest Milwaukee boosters. Abston, who grew up in Elkhart Lake, formed NEWaukee as a social group with friends and has guided it to become a very influential pro-city group with a huge email list.

Born in 1983, Abston is the youngest Milwaukeean to be featured in House Confidential (that doesn’t play professional sports). He’s a leader in the movement to redefine the city beyond its old beer, brats, and bowling image, throwing creative (and somehow legal) events on rooftops, bridges, under construction apartment buildings, and under-utilized parking lots. He’s received recognition for his efforts this year, being included in the latest 40 Under 40 listing from the Business Journal and a mention in the Mayor’s State of the City address.

When it comes to the effort to rebrand Downtown on W. Wisconsin Ave., Abston has put his money where his mouth is. NEWaukee and sister company ART Milwaukee moved to the lower level of the Plankinton Building at the Shops of Grand Avenue. Last year, NEWaukee hosted events along the street, including a Brewers-sanctioned tailgate party in the parking lot at 4th and Wisconsin, and a party on the Wisconsin Ave bridge over the Milwaukee River once it reopened (President Barack Obama, in town for campaign events, unfortunately didn’t stop by).

Abston and his business partners, Angela Damiani and Jeremy Fojut (who operate ART Milwaukee), are unrelenting promoters of the city. They wrapped up their second annual Young Professional Week in April, hosting 20+ events with countless attendees (Urban Milwaukee was an event partner for one night). They hosted a bonfire and concert at Bradford Beach last night. Tonight they’ll kick off the second year of NEWaukee’s Koss Lunar Music Series at the rooftop bar at the Milwaukee Athletic Club. Their efforts don’t stop at promotion though; they’re also planning two different parks, including one on a turning railroad bridge located in the Milwaukee River. – Jeramey Jannene 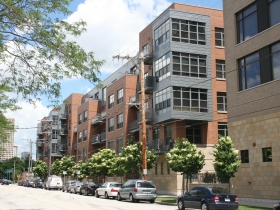 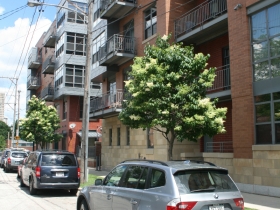 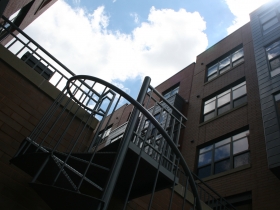 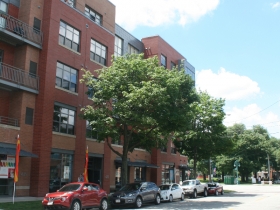 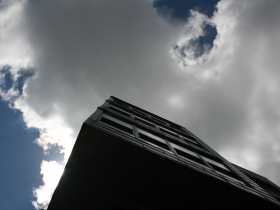 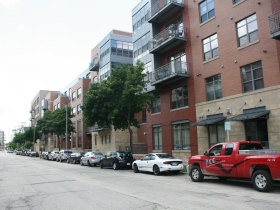