There was no ceremony, no bands, no speeches.

But the 2013-15 state budget the Joint Finance Committee forwarded to the full Legislature last week was a generational changing of the guard in Republican leadership of the Legislature.

Sixteen Assembly Republicans – four of them CPAs and most of them in either their first or second terms – and four first-term Senate Republicans teamed with Republican Gov. Scott Walker to dictate the final budget deals on taxes and education.

Forced to smile and join the parade, or be crushed under it, are old-guard Senate Republicans like Mike Ellis, Dale Schultz and Rob Cowles, who have served in the Legislature a total of 102 years. Ellis and Schultz are up for re-election in 2014, if they don’t retire. 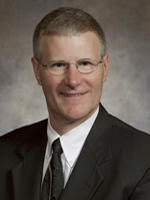 A former Senate majority leader, Schultz faces a primary challenge next year from one of the new Assembly Republicans, second-term Rep. Howard Marklein, of Spring Green.

Conservatives are searching for a primary opponent for Ellis, even though no one knows the ins and outs of budgeting better than him. Ellis, 72, has said he plans to run again.

Sure, Ellis and Schultz won some victories – killing Walker’s plan for private-school vouchers for special-education students and the governor’s idea to create a statewide board that could ignore local residents’ wishes and approve new charter schools.

But 11 of the 16 it’s-our-turn Assembly Republicans flexed their muscles on May 30, when they did their Martin Luther imitation and nailed their “what must be in the budget” encyclical to the doors of Assembly Speaker Robin Vos and Majority Leader Scott Suder. (The 11 Republicans, all members of the assembly, included David Craig, Chris Kapenga, Stephen Nass, Tyler August, Duey Stroebel, Gary Tauchen, Rob Hutton, Joe Sanfelippo, Paul Tittl, Adam Neylon and Don Pridemore.)

The importance of that number 11: If they all voted against the budget, it would have only 49 votes – one short of the 50 required to pass a budget in the Assembly.

None of the 39 Assembly Democrats will vote for a Republican-crafted budget, even though it would designate the Racine kringle – made in the district of Democratic Rep. Cory Mason – the official state pastry. The GOP budget will also get no votes from the 14 Senate Democrats.

Why it was a risk-free encyclical for those 11 Republicans: Two of them were unopposed in their last elections; the other nine won by an average of 63 percent last November.

The letter from the 11 Assembly Republicans told four of their peers on the Finance Committee – Reps. Pat Strachota, Dale Kooyenga, Dean Knudson and John Klenke – to keep fighting their Senate GOP elders on these issues:

*Boosting – or even doubling – the income tax cut that Walker recommended in February. This could be done because an additional $500 million in tax collections is now expected by mid-2015, Assembly Republicans argued. The Finance Committee’s tax cut will total about $650 million, up significantly from Walker’s first proposal.

*Killing the proposal of Walker and Attorney General J.B. Van Hollen to require DNA testing of about 68,000 more suspected criminals arrested in connection with a felony or other serious crimes. That was weakened significantly minutes before the Finance Committee took its final budget vote.

*Reducing long-term borrowing proposed by Walker in February. As a result, the Finance Committee dialed back the $2.16 billion in borrowing requested by the governor by $368 million, or 17 percent.

But the new Republican power brokers scored their biggest victory by getting Walker’s top priority – expansion of vouchers that let students attend private schools at state expense – statewide, although only 500 new voucher students could be added next year and 1,000 the following year.

Vos also championed expanding vouchers statewide, even though no district (outside Milwaukee and Racine) could have more than 1 percent of its students use vouchers. Vos and Walker know that, once vouchers are authorized statewide, it will be be easy in the future – or with a Walker veto – to remove the 500/1,000 limits on the number of participants.

The it’s-our-turn Republicans also added a $30-million tax deduction for parents who send their children to private schools, starting with the 2014 tax year. It will give the parent of a high school student a $10,000 tax deduction.

The Finance Committee budget is only two votes – by the full Assembly and Senate – from Walker’s desk, Vos told reporters. “Our goal is to have no changes made.”

5 thoughts on “The GOP’s Young Guns”