African American Chamber of Commerce has new leaders and a less “in your face” style. 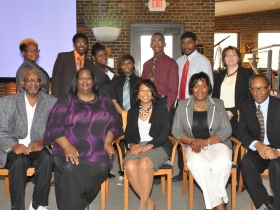 For years, Milwaukee has been behind other major metropolitan areas such as Atlanta and Houston when it comes to business opportunities for African-American entrepreneurs. For minority business owners, or any business owner for that matter, it helps to have local organizations in place to support their efforts.

Milwaukee’s African American Chamber of Commerce was founded in 1993 and its purpose has been to build bridges and partnerships across this city, county, and state that lead to business development and job creation for black Milwaukeeans.

Unlike cities like Houston, whose Greater Houston Black Chamber has been around since 1935, Milwaukee’s group is relatively new. In 2011, the census bureau released a study showing black owned-business grew by 60 percent nationally (compared to just 55 percent for white-owned companies) from 2002-2007 and by 71 percent in Houston during that period. Statistics for Milwaukee were not available, but the city has generally ranked poorly in these sorts of comparisons.

Still, Milwaukee has about 10,000 minority-owned companies (in a city with about 112,000 companies), which gives it a solid base to build on. The city’s Hispanic-owned businesses have had considerable success in recent years, generating more than $225 million in annual sales. Earlier this year, Governor Scott Walker committed $100,000 to aid the Hispanic Chamber of Commerce’s business loan program. That chamber has been around since 1972. Maria Monreal-Cameron, its president, believes that organizations like theirs and the African-American Chamber are paramount in the establishment of small businesses.

“They provide a vehicle for businesses to network into opportunities,” she says. “Management and technical assistance are very important to businesses, especially if they are younger.”

The Hispanic chamber has been around longer than its black counterpart. Formerly run by Dester Martin, the founder of the organization, the African American Chamber built a name for itself but also a reputation for a more in-your-face leadership style in a market that favors a lower-key style.

“I believe that to bring forth change, you have to have aggressive leaders with a vision to move things forward,” said Martin in 2007 regarding his leadership style. 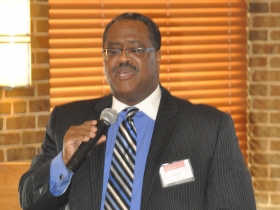 The first thing they did was install Curtiss Harris, a longtime community activist involved in business. Curt’s role was to be temporary, as he was named interim director at age 68. However, the organization seemed to grow comfortable with him.

“It was critical that we fix what we started. We came into this looking to improve the organization, looking to give it back to the community,” says Crump. “So while we had taken away any particular negatives to the situation, I don’t think we went far enough. We had only gone half-way and we kind of rested.” 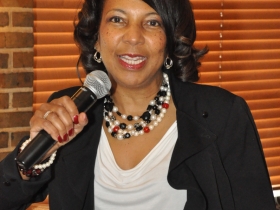 Eventually Harris would retire, leaving Crump, CEO of his own Prism Technical Management & Marketing, in the lead role temporarily as the chamber looked for a permanent leader. In April 2012, the group hired Dr. Eve Hall has its president and CEO. Hall had spent 10 years in numerous roles with the Thurgood Marshall College Fund, as director of Governor Tommy Thompson’s Milwaukee office and as an executive assistant to the Milwaukee Public Schools superintendent.

Like Crump, Hall believes that for a minority-owned business to survive, it needs a supportive environment. “The African American Chamber is critical in promoting and marketing the value of black owned businesses,” says Hall. “Research shows that as minority businesses are strengthened and grow they tend to hire other minorities, thus our businesses become a solution to job creation and economic development.”

Hall believes that every single successful minority-owned business in the city is one step towards a stronger black community and a stronger overall business community. “In a community like Milwaukee where we presently rank low in every critical category, successful black-owned businesses can bring hope and options to our young people, while also promoting the positive that our black business leaders bring to this community.” 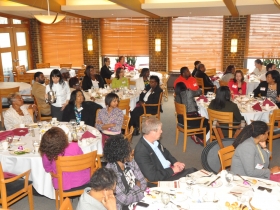 The Third Women in Business Luncheon was hosted by the African- American Chamber of Commerce at the Milwaukee Yacht Club. Photo by Tony Atkins.

Recently, the organization hosted the third of its Women in Business Luncheons, which has become one of the organization’s signature events, created by Dr. Hall to give women in business a chance to shine. The luncheon is a part of a series of luncheons with the next one coming in September. The event itself was held at the Milwaukee Yacht Club and had an impressive turnout. Representatives from Ernst & Young, Northwestern Financial, Johnson Controls, Heartland Information Research and Zoe Engineering were just a few of the many who attended the luncheon.

The chamber plans on working with its partners to develop a microloan program for emerging businesses with its corporate launch partners as well as developing a Certified Professional Grade Program where select businesses will be given the stamp of approval from the chamber of having a sound reputation. Crump believes that good customer service from black businesses goes a long way: “I believe that if you give this community a good product and treat people well, they will come. It may be slow in the beginning.”

Long-term patience will be key, he adds. “We have to be in it for the long haul and not for the short term. We may have to decide as a people that the person who is running this business is not going to get rich in their lifetime, maybe it’s for their children, but they have to be okay with that. The problem is so many people have been down for so long that I think what happens is people want to make up for that in a couple of years and there is no quick road to success that doesn’t have a tremendous possibility for destruction. This is a race that is won by slow and steady.”

While the chamber wants to attract white customers for these businesses, it also wants to encourage support from African Americans. A recent UWM study found the total household income of African Americans in Milwaukee County was a $3.557 billion.  Crump saluted that study, saying it was critical to attract more of those dollars to support black-owned businesses.

One thought on “Pushing for New Black Businesses”