The Story Behind the Strike

Thin reporting and overheated commentary have obscured the real story of why workers are striking against Palermo’s. 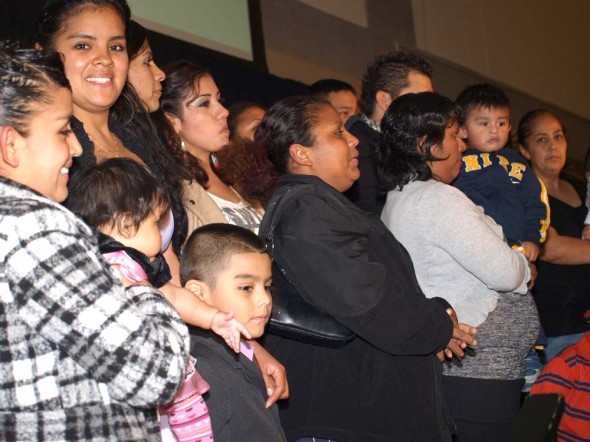 Palermo’s workers and their families were honored at a Voces de la Frontera gala. Photo by Dominique Paul Noth.

Last Saturday a federal agency filed major complaints against the Palermo Villa pizza plant regarding worker safety which raised anew questions about how the company has treated its largely immigrant workforce. Though much of the local media and the powerbroker community bought into Palermo’s side of the case, and defended it from charges of unfair labor practices, there is clearly a bigger story here. The dispute has simmered for a year, while there have been  investigations, litigation, daily pickets by workers and their families and supporters outside the Menomonee Valley plant – and a national movement to boycott the frozen pizza brand.

As the former editor of the Milwaukee Labor Press, I regularly covered the dispute, speaking to officials at the two federal agencies heavily involved in complaints against the company. These were the National Labor Relations Board (NLRB) and the Immigration and Customs Enforcement agency (ICE) with offices in Chicago and D.C. Leading the charge against Palermo’s are Voces de la Frontera, Wisconsin’s largest workers rights organization, and the USW (Steelworkers union).

Workers at Palermo’s began talking about organizing a union in fall of 2011 citing a number of concerns: wages, safety at the plant, promotion issues and overall treatment of workers. In 2012, workers’ representatives asked the NLRB to allow a vote on a union.

In May or June 2012 (the actual dates are open to dispute over mailings and so forth), Palermo’s fired 84 workers at the plant. Worker representatives claimed it was in retaliation for these employees signing a petition to organize a union. The company claimed the workers were dismissed because ICE was investigating their documentation. The reality is the action also helped Palermo’s get rid of many pro-union workers.

When a Palermo’s representative said the striking workers were no longer employees because the federal government deemed them ineligible to work, few pointed out that this did not immediately translate into illegal status.  It simply meant their papers were being investigated. 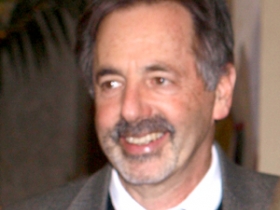 In response to the firings, Palermo’s workers launched a strike in June 2012. The workers complained the firings were belated (ICE had reportedly begun its investigation a year earlier) and a company reaction to unionizing activity, which would be illegal. Atty. Richard Saks, representing the workers, filed a legal complaint about the firings with the NLRB.

The complaints against Palermo’s also led to a yearlong national effort to get colleges, stores, sports arenas (Miller Park has refused to listen to a delegation from the workers) and retail outlets such as Costco and Outpost (both unionized facilities) to boycott Palermo’s pizza. The ongoing boycott has had mixed success and won considerable national attention but little coverage in Milwaukee.

Some of the defense of Palermo’s locally stemmed from the high regard held for the founding Fallucca family in political, business and charitable circles. Both Mayor Tom Barrett and  Milwaukee County Executive Chris Abele have enjoyed political support from Fallucca. Abele wrote an op ed saluting Giacomo Falluca, president and CEO of Palermo’s, as “a pretty generous employer” and saluted him for donating to “dozens” of charitable organizations in Milwaukee.

In November, the NLRB issued a ruling saying it could find no evidence the company had fired workers in retaliation to their efforts to unionize. Palermo’s hailed this as a “major victory” for the company and assuring the media that complaints from the workforce were “inappropriate and highly regrettable . . .  cheap political points” stemming from Voces.

But Irv Gottschalk, the regional director for the NLRB office in Milwaukee, said the ruling, while it found Palermo’s had not acted illegally in firing 75 of the workers, also found that Palermo’s unlawfully fired nine workers, including two temporary workers, in retaliation for engaging in or supporting the strike and union activity.

The ruling also added something rarely reported — that Palermo’s workers did face threats from the company, contradicting the statement of Chris Dresselhuys, the company’s director of marketing, to the Shepherd Express, denying that such practices occurred.

Saks appealed the ruling and last month the Washington office of the NLRB upheld the earlier, regional decision that Palermo’s did not violate labor relations laws when it fired the 75 workers. Once again, this prompted many to declare the issue moot. Barrett issued a statement saying it was time to move forward and saluting Palermo’s as “a strong Milwaukee business and valued community partner.”

But as Saks noted: “There were other serious charges that the NLRB found had merit and those complaints still are being pursued.” The NLRB now reports there were company threats to workers who joined in solidarity with fired workers, and Saks says the number of illegally fired workers has now climbed to twelve.  According to reports from Benjamin Mandelman, the deputy regional director for the NLRB, Palermo’s, the workers and the NLRB are working on a settlement of these issues, which must be reached before any unionizing vote can even take place.

Meanwhile, a third federal agency weighed in on Palermo’s treatment of workers. This time it was OSHA, the Occupational Safety and Health Administration, which on last week issued seven “serious” violations and one other charge against the company. Apparently not included in this investigation was a recent admission by Palermo’s that, in a recent safety accident it called regrettable, a plant worker had three fingers severed.

The OSHA investigation centers on the misuse of ammonia refrigeration at the Menomonee Valley plant, and includes a request for Palermo’s to provide un-redacted safety logs regarding injuries and illnesses for specific employees from the years 2008 through 2011.

“If nothing else,” Saks says, “OSHA has vindicated the workers’ claims that safety concerns were ignored by the company and justified the push for the protection of a union.”

So where does this leave the issue? Abele, Barrett and the Milwaukee Journal Sentinel editorial board have all called for an immediate NLRB vote at the plant on whether to unionize. “Let the workers decide in a fair election whether to organize and which union should represent them,” the editorial declared.

But how fair an election would it be? One of the major complaints of the workers and Voces was that by eliminating the fired workers from the voting pool and allowing in Palermo’s hand-picked replacements through temporary help agencies, the vote would not be fair. The new union now representing Palermo’s workers is continuing court action to influence the makeup of the voting pool.

Union insiders say it will not be an NLRB supervised vote for a union — if it ever takes place — that will settle the issue but the impact of more hearings, mediation and the power of the boycott. For now, the new OSHA charges should at least correct the lopsided local media reportage of the issue, and serve notice that the conflict between Palermo’s and its workers is far from settled.

Freelance writer Dominique Paul Noth served for the past decade as editor of the now defunct Milwaukee Labor Press and before that as film and drama critic, then senior editor and then special assistant to the publisher for the Milwaukee Journal.

4 thoughts on “The Story Behind the Strike”