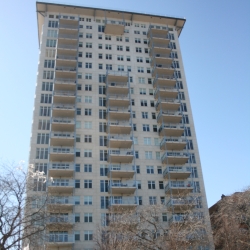 Smiley has a cool pad, solid as a rock. In all buildings of  Architect-developer Peter Renner, units are separated by concrete walls and  foot-thick concrete floors. This “acoustic separation” is the exception in this marketplace where most condominium units are of stud-and-drywall construction. The market has favored Renner’s more expensive approach; there are only three units remaining of the 101 built at the BreakWater, constructed in 2009. This is a remarkable achievement in a marketplace when many condominium units were never completed or converted to apartments, if built at all.

Renner has developed such other properties as the Waterfront, Harbor Front and Hansen’s Landing, not far from Summerfest, where Smiley runs the “World’s Greatest Music Festival.”

His views are magnificent, and he can keep an eye on the Henry W. Maier Festival Park from the comfort of his home theater. Smiley can even walk out to his deck to watch the Summerfest fireworks.

His two bedroom, two bath home is 2,100 square feet and includes 40 linear feet of walk-in closet space for his ample wardrobe. The master bath includes two sinks, just in case somebody wants to come by and wash up with Smiley.

The city assesses this slice of heaven in the sky at $21,900 for its share of the .83 acres of land beneath the high rise and $616,000 for the improvements, for a total of $638,400. Smiley also commands 2 parking spaces in the building’s garage, and has an undivided .9728 per cent share in the common areas of the building.

Donald A. Smiley has been much in the news lately for his three-quarter million dollar annual salary and the secretive manner in which a small committee of the Milwaukee World Festival board determines it.

Smiley makes more than the Mayor, County Executive, Police Chief and Sheriff together, but then again, he had a better year than they did.

Smiley derided the Milwaukee Journal Sentinel coverage of his pay as a “contrived drama,” and has gone on the offensive, discussing the issue with other news outlets. But not with the Journal Sentinel, since MWF chair Ted Kellner has imposed a gag order on salary discussions with the daily paper. In an email to WTMJ radio’s Gene Mueller, Smiley claimed he’s had numerous job offers that would have paid more money, but didn’t offer any examples, and portrayed himself as hard worker who continues to “bust his ass” for Summerfest.

Smiley was born in Racine on December 11th 1955, and graduated from St Catherine’s High School before moving on to UW-Oshkosh. He got involved in professional golf while living in Florida, shooting rounds with Tiger Woods, Jack Nicklaus, Arnold Palmer and others. Later he became president of the Florida Marlins, and owner of a World Series ring  —  just like Bud Selig. In April 2004 he was named head of Summerfest, where he remains in an increasingly lucrative job. Smiley is a regular at the Italian Community Center, a convenient luncheon spot near work, and he also hung out at the Shorecrest after Joe Balistrieri’s funeral, so he knows how to get around.

How Milwaukee is it? It is less than a mile walk to Milwaukee City Hall. 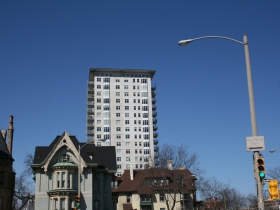 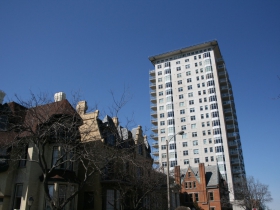 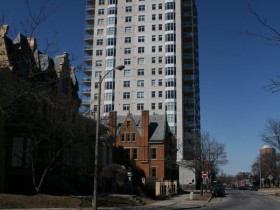 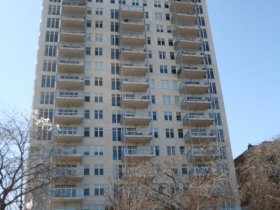 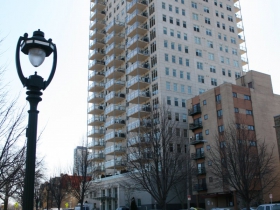 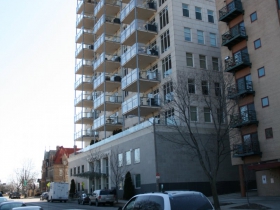