A partnership of Cardinal Stritch and local foundations is training leaders to improve city neighborhoods. 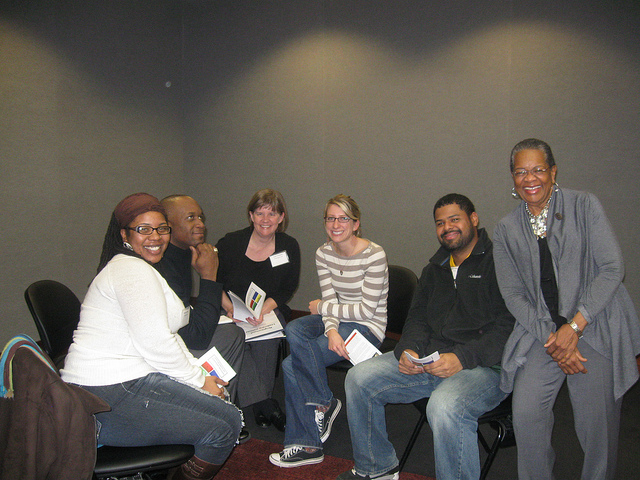 Since January, 26 participants in the Neighborhood Leadership Institute at Cardinal Stritch University Leadership Center have been meeting to develop their leadership skills on two Thursdays and one Saturday each month.

“We had found, from looking at other neighborhood issues, foundations invested in projects—but how many people invest in the leadership, in the people in their neighborhoods and their capacity?” said Jeanette Mitchell, Stritch director of leadership for professionals of color.

Participants entered the program as 13 teams of two, each consisting of a neighborhood resident and an employee of a nonprofit serving the neighborhood. According to Stritch, this structure aims at “building capacity within neighborhoods, and also getting nonprofits invested in it.”

Originally planned for 20 participants, the program was expanded during the application process due to high demand. 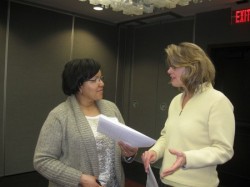 Each month, the Saturday session takes place in a different neighborhood, allowing one team to showcase the work occurring in its community. The team leads the session, planned around a predetermined topic. The February Saturday session, held in Layton Boulevard West, focused on change. Mitchell said some neighborhoods, such as Martin Drive and Washington Park, may choose to host their Saturday session together.

According to Mitchell, the next phase is helping participants examine how they have achieved success when working in their communities, to identify best practices for neighborhood leadership.

“Seldom do we look at ‘What steps did I take,’” said Mitchell. “In addition, we’re going to look at: What are your values [as a leader]? Why were you willing to step in?”

Rosalind Cox, a neighborhood leader from Washington Park, said she decided to participate in the Neighborhood Leadership Institute in an effort to continuously educate herself. She said all of the information presented in program sessions so far has been helpful.

“[In sessions] sometimes you think you know everything, but then suddenly, it’s like, ‘I’ve learned something,’” Cox said.

Later in the program participant teams will work on projects related directly to their neighborhoods. According to Mitchell, the participants’ ideas will drive the projects. “What we know is, for you to be successful, you have to have something you care about,” she said.

For Cox, that means focusing on the future of her community. “Mostly I’m looking at our young people in the neighborhood,” said Cox. “I want to be able to use what I’ve learned to empower them so they’ll know what to do with their future.… I want to be able to show them something.”

Maria Miramontes, a representative of the Layton Boulevard West neighborhood, hopes the training will help her work with new people more easily, and allow her to offer information to her neighbors without doubting herself. “It’s an opportunity to develop as a leader—that’s something I wanted, but didn’t have confidence to do,” said Miramontes.

“Sometimes you just don’t know your capacity until someone tells you,” said Miramontes. “Through this class, we can make sure we do it right.”

Patrick Carter, who is Miramontes’ partner from the Layton Boulevard West neighborhood, is a representative from Carmen High School of Science and Technology. He said participating in the program has been a significant time commitment so far, but the information gained is worth the effort.

Carter said he hopes to take information from the NLI back to work, and take the skills he is practicing back to the community.

According to Mitchell, though the participants were already strong leaders in their neighborhoods, “even some participants from the same neighborhood didn’t know each other.” By making connections among leaders, organizations and communities, the program will work toward a “collective impact,” Mitchell said.

“We will start to build a camaraderie and network of people who understand each other and speak the same language.”