All are apartments with lots of amenities but do they maximize their proximity to the river? 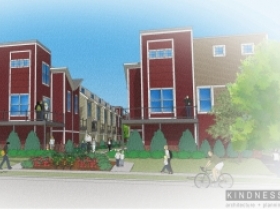 Tim Gokhman, as part of ATF 1, LLC, intends to develop 31 townhomes on a property located on the east side of Humboldt Blvd., just south of Center St. in Riverwest. Gokhman stresses that this isn’t a New Land Enterprises project and that NLE won’t be involved in the construction. It should be noted that state records show Ann Shuk (who works for NLE) as the registered agent and according to Gokhman is a partner on the project.

The 31 townhomes, designed by architect Scott Kindness, will be divided between four buildings; three will have eight units and one will have seven units. Asked why he decided to build townhomes, Gokhman responds, “you have the opportunity to do gardens out front,” which he feels is an important amenity to offer residents of Riverwest. Also, Gokhman says, “we didn’t want to be the most dense” building in the neighborhood.

Each 3-story 2-bedroom home will be approximately 1,500 square feet, with 2.5 bathrooms, and a 2-car garage. The units will feature such amenities as hardwood floors, granite counters, stainless steel appliances, central air, in-unit washer and dryers, and, of course, a front yard available for gardening. The rents will range between $1,500-$1,600/month.

The east edge of the property is within 100 feet of the Milwaukee River Greenway Overlay District, so certain design and storm water management guidelines are required to be met. This also means the project must go before the City Plan Commission. Gokhman says his project will meet “100 percent of the guidelines.” The idea behind the design guidelines, Ald. Nik Kovac tells Urban Milwaukee, is “don’t turn your back on the river,” whereas this building turns its side to the river and Humboldt Blvd. In response to this concern and to better address the Humboldt Blvd. side,  Gokhman says the balconies were wrapped around the side of the building. Kovac adds “we pushed a little…to get them to meet Humboldt better,” but notes that as the project “is within zoning,” the city has “limited leverage.”

Gokhman recently presented the project to the Riverwest Neighborhood Association and the project will be discussed at an additional neighborhood meeting on March 4th. Says Kovac: “I’m glad the developer is open to be a part of a process like that.” 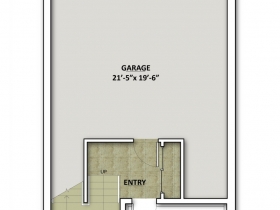 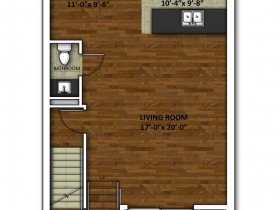 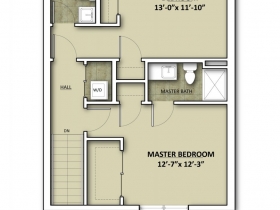 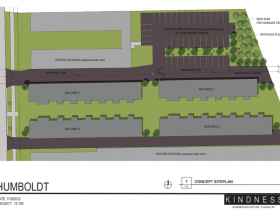 12 thoughts on “31 Townhomes Coming to Riverwest”