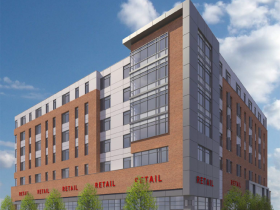 The developer known as The Opus Group is proposing a six-story mixed-use building for 1400 West Wells Street, the corner of N. 14th St. and W. Wells St. Due to its proximity to Marquette University this project’s design targets MU students as potential renters. Korb Tredo Architects is designing the project, which will include 80 high-end apartments and first-floor retail. The apartment mix breaks down as 10 studio, 10 one-bedroom, 45 two-bedroom, five three-bedroom, and 10 four-bedroom apartments.

The developer will be requesting a change of zoning from Local Business (LB2) to a Detailed Planned Development (DPD) before the City Plan Commission on January 28th, 2013.

The DPD zoning plan would allow three additional permitted uses for the site.  First, the ability to function as a rooming house is being requested to allow some apartment units in the building to house more than three unrelated people.  Second, the inclusion of  a second-hand store is being requested as a permitted use because the developer wants to retain an existing tenant at this location in the new building. Third, the ability to operate a fast-food/carry-out restaurant is being requested to allow for an existing or new tenant to operate such a facility in the building.

Milwaukee’s zoning code requires 63 parking spots to be provided to support this building at this location.  The plan intends to meet this requirement with 20 spots in the building and eight street spots adjacent to property, while taking advantage of a 25 percent reduction allowed for a transit district and claiming a credit for nearby public parking.

If recommended for approval the request will go before the Zoning, Neighborhoods & Development Committee at the next scheduled meeting. 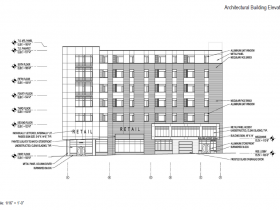 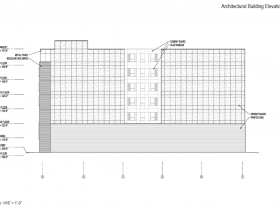 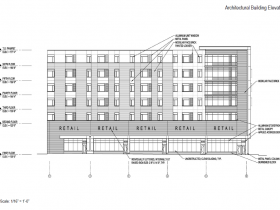 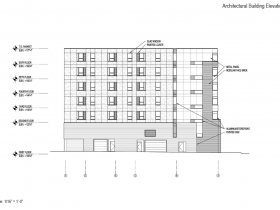