The art museum’s plan to repair the War Memorial will cost $25 million, not $15 million. And that’s not all the errors.

Many critics would argue that the War Memorial Center designed by Eero Saarinen is the city’s most important work of architecture, ranking it ahead of the Calatrava addition to the Milwaukee Art Museum. Yet the Saarinen has been allowed to slowly deteriorate. Worse, some of the resulting water seepage threatens the art museum’s collection of paintings, whose value is estimated at $1 billion. There is no similar concentration of great art and architecture to be found in Wisconsin, so you might think there would be great concern about fixing the problem. Curiously, that hasn’t been the case.

The reasons for that begin with the bizarre governance structure of the War Memorial. Though the art museum occupies 70 percent of the space in the Saarinen building and the Kahler addition built in 1975, it does not run the buildings. Instead they are run by War Memorial executive director David Drent, who answers to the War Memorial Board of directors, the majority of whose members are appointed by the County Executive and County Board because the county owns the buildings. The War Memorial Board also runs the Marcus Center for the Performing Arts, the Charles Allis Museum and Villa Terrace. The reasons for this convoluted governance are historical, but as a September audit by Milwaukee County concluded, “there are six separate boards of directors” running these facilities.

If you were looking for just the right governance structure to assure that a great work of architecture would fall apart, this would probably be it. The county audit called the War Memorial’s governance structure “antiquated” and noted that its Board of Trustees “oversight role is limited…meets only quarterly, for approximately one hour per meeting.”

The audit offered a rough, “preliminary estimate” that repairs to the War Memorial and Kahler addition would cost at least $5.3 million. The document was signed by Drent and Daniel Keegan, Director of the Milwaukee Art Museum, who jointly promised to present a detailed response with possible solutions to the Milwaukee County Board by April, 2012. Drent, however, tells me he wants still more time, but won’t say how long is needed. Keegan says action must be taken as soon as possible, and that a comprehensive plan to truly assure the repair and restoration of the two buildings will cost $25 million. His plan calls for the museum to raise $15 million and the county to kick in $9.8 million, and for the museum to assume operation of the War Memorial, to assure it doesn’t fall into disrepair in future years.

It’s a sensible plan that’s long overdue and that constructively addresses the issues raised by the county audit, but sloppy reporting by the media and wrongheaded responses by county board members have already mired the plan in misunderstandings. The Milwaukee Journal Sentinel led things off with a story incorrectly touting a $15 million plan, and Fox 6 echoed the figure in its story. (The Business Journal and, later, BizTimes.com, did get the figure right.) Among the many other misunderstandings are these:

Perhaps the best sign of how poorly their interests are served is that the city‘s major memorial has been allowed to deteriorate so badly.  The problems include cracked and broken glass, water seepage that has warped floors, crumbling concrete, rusting steel framing, a leaky roof and other problems. The War Memorial’s condition is “shameful,” Keegan says. “We believe that a memorial for veterans, for people who gave their lives for this country, needs to be treated better and we’ve put in place a plan to make that happen.”

Veterans weren’t consulted: As Mayo put it, they were “blindsided by surprise attacks.” Mayo offered not one example of a veteran who felt this way. Keegan says the art museum ran its plans by all the constituent groups overseen by the War Memorial Board, including the War Memorial veterans board, a kind of advisory board. “The veterans have said they don’t care one way or the other about the building’s governance,” Keegan says, “they just want the War Memorial to be preserved.” Drent concedes that the veterans group liked the museum’s plan. As to whether the veterans were concerned about the proposed governance change, Drent said “I can’t speak for the board.” Given that he opposes and could lose his job under Keegan’s plan, you can bet Drent would  present any evidence the veterans board was on his side.

Keegan’s plan calls for renovation of Fitch Plaza, a memorial to veterans toward the rear of the War Memorial, which has been neglected for years. It would become a memorial garden and green roof with paths leading toward a dramatic view of the lake. Veterans, he says, loved this idea.

The plan includes a new building: JS reporter Mary Louise Schumacher called it a “glassy new addition,” a “new structure” that would cost $5 million. That’s sort of accurate but conveys the idea this is a new building. It’s really just a refurbishing of two parts of the Kahler addition: the open air sculpture garden in the middle will be given a roof, to end water seepage problems and eliminate the hole in Fitch Plaza, much of which sits on the roof of the Kahler. The renovation will also give  the building a new East face, a glassy atrium that will replace the old glass wall that has leakage problems and allows no entry for visitors.  As the price tag suggests, this is just a renovation of an existing building.

The art museum is at fault for repair problems: This misleading claim was made by county supervisor John Weishan, who released a press release suggesting the county could have spent money to fix the War Memorial if the art museum would “simply start paying its utility bills” for use of the structure. Weishan doesn’t know his history. The War Memorial was created in 1957 with the dual purpose of creating both a veterans memorial and a home for what was then known as the Milwaukee Art Center; indeed, the lakefront project was originally supposed to include a performing arts hall as well, which was moved to Water Street and is today known as the Marcus Center. The county pledged to maintain this home for the art museum but in the last decade has slashed its support by more than $400,000 annually, as the audit noted, leaving the museum to make up the difference.

The reality is the county is the landlord and has let the structure deteriorate. You can’t blame that on the tenant. As Keegan puts it, “if we are going to put $15 million into two buildings we don’t own, it’s time for us to assume the responsibility for the buildings.”

Moreover, it makes no sense for the War Memorial board to be overseeing the Marcus Center, Charles Allis Museum and Villa Terrace. All three entities have asked to end this unwieldy governance structure, and the move is long overdue.

The reality is that both the city’s foremost veteran’s memorial and the community’s collection of $1 billion in art is gravely threatened by the deterioration of the War Memorial and a governance structure that makes no sense. This is not about the veterans versus the arts, but about better serving both groups.

-If you missed the big battle of AlderBobs Donovan and Bauman, check out Jeramey’s amusing story on it.

-And yes, I’ve joined the tweeting, twittering masses. You can follow my opinions at Twitter at BruceMurphyMKE. 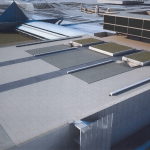 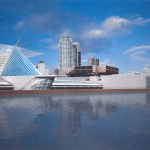 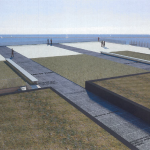