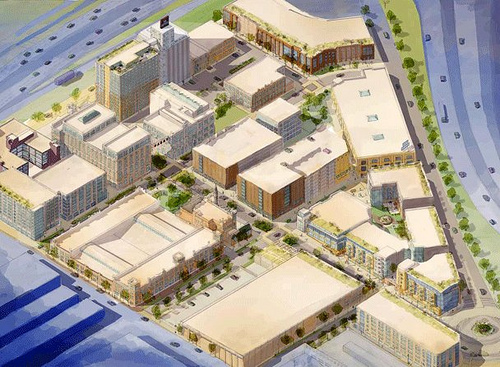 Milwaukee’s newest trendy neighborhood is likely to become one of its best, and almost certainly its greenest.  The Brewery, an environmentally sensitive restoration and adaptation of historic structures among the decaying wreckage of the former Pabst Brewing Company, is already home to striking residential lofts, a great beer hall, a range of offices, Cardinal Stritch University City Center, and a small urban park.  Soon it will add a senior living facility and the School of Public Health of the University of Wisconsin-Milwaukee.  Look for more residential and commercial presence, including a boutique hotel, retail and restaurants, over time. As you can see by the image above, before construction the site was pretty much a disaster.  This has been a major undertaking by any measure.

When NRDC, the Congress for the New Urbanism and the US Green Building Council began taking applications from developers to participate in the pilot program for LEED for Neighborhood Development, The Brewery was one of three among the 200-plus applicants that immediately caught my eye as projects with exceptional potential.  (The other two were New York City’s Melrose Commons and Victoria, BC’s Dockside Green.)  The development plan for The Brewery has now earned a platinum rating under LEED-ND, one of only a few projects to do so. 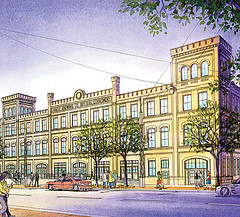 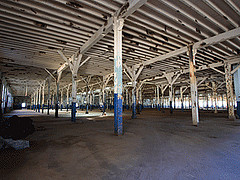 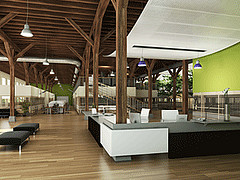 Here’s why I got excited:  the seven-block, 20-acre project involved the restoration and adaptive reuse of an amazing 26 structures listed on the National Register of Historic Places, surely making it one of the most ambitious historic preservation projects in the country.  It also involved extensive brownfield cleanup; had a great location within walking distance of Milwaukee’s downtown; planned aggressive use of green infrastructure to manage stormwater; planned to set aside some apartments for qualifying low-income families; and included standards for high-performing green buildings.  The Brewery was also strongly supported by the city government in what has been the largest public-private partnership in Milwaukee’s history. 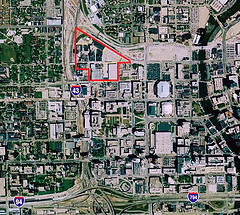 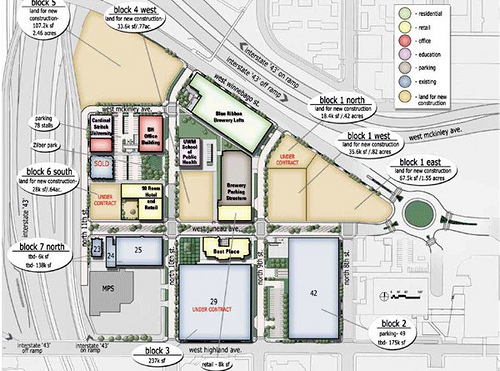 That master plan is now coming to fruition.  The master developer was the late Joseph Zilber, who had built a large portfolio of development both in downtown Milwaukee and in Hawaii.  (His philanthropic portfolio was impressive, too, including a $50 million fund to improve Milwaukee’s low-income neighborhoods.)  A number of the individual buildings within The Brewery site are now being developed by Gorman & Company. 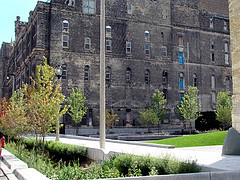 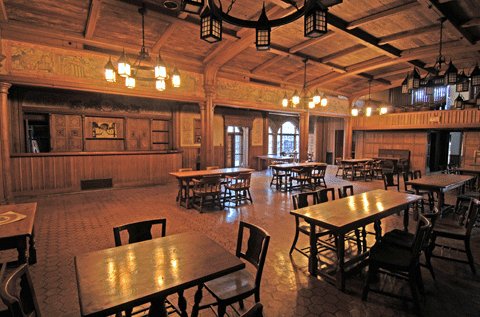 When the site is fully built out, it is expected to include at least 300 homes and some 1.3 million square feet of office and retail property.  My friends in Milwaukee call The Brewery “a great, great project” and say “the more I see at the old Pabst site, the more I like.”  One of them also reports that the old Pabst headquarters building “was used as a setting for one of Charles Bronson’s last movies, Family of Cops 3 (which was mostly filmed in Toronto, but used the Pabst Brewery for some key scenes).”

I can’t wait to see it for myself.  In the meantime, check out the plans and before and after images accompanying this post.  Here’s also a neat music video that was filmed entirely within the Best Place Tavern at The Brewery:

For those of you whose video tastes lean more toward the explicitly environmental, here’s another one, of the bioswales incorporated into the site to filter stormwater.  One of the things I like best about green infrastructure is the way it introduces bits of literally green nature into otherwise hardscape urban sites:

3 thoughts on “A Spectacular Green Neighborhood is Brewing in Milwaukee”