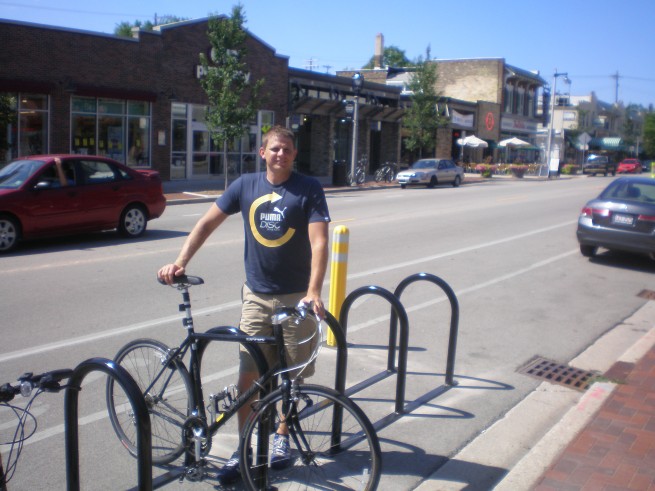 Last week marked the installation of another on-street bike corral in Milwaukee.  The newest on-street bike corral is located at Cafe Hollander on Milwaukee’s East Side.  The first corral was installed by Alterra Coffee on Prospect Ave. and includes fencing that acts as a piece of public art.  The last two corrals installed, one at the Nomad and the latest one at Cafe Hollander, are of a simple design, but both add more parking for more people to use.  As with the other installations the business owner paid for the corral’s construction and installation, and in the case of the new Cafe Hollander corral it utilizes recycled bike staples.

The on-street bike corral pilot program, which was created by the City of Milwaukee and driven forward by Chris Socha, of The Kubala Washatko Architects Inc. initially included these three corrals.  And clearly, the program has experienced strong support from the City of Milwaukee, Alterra Coffee, and the Lowlands Group, but with the first three bike corrals proposed under the city’s pilot program having all now been installed where’s next? 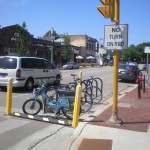 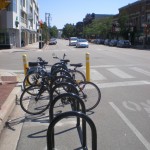 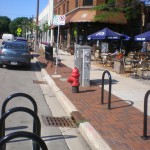 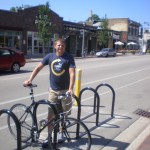