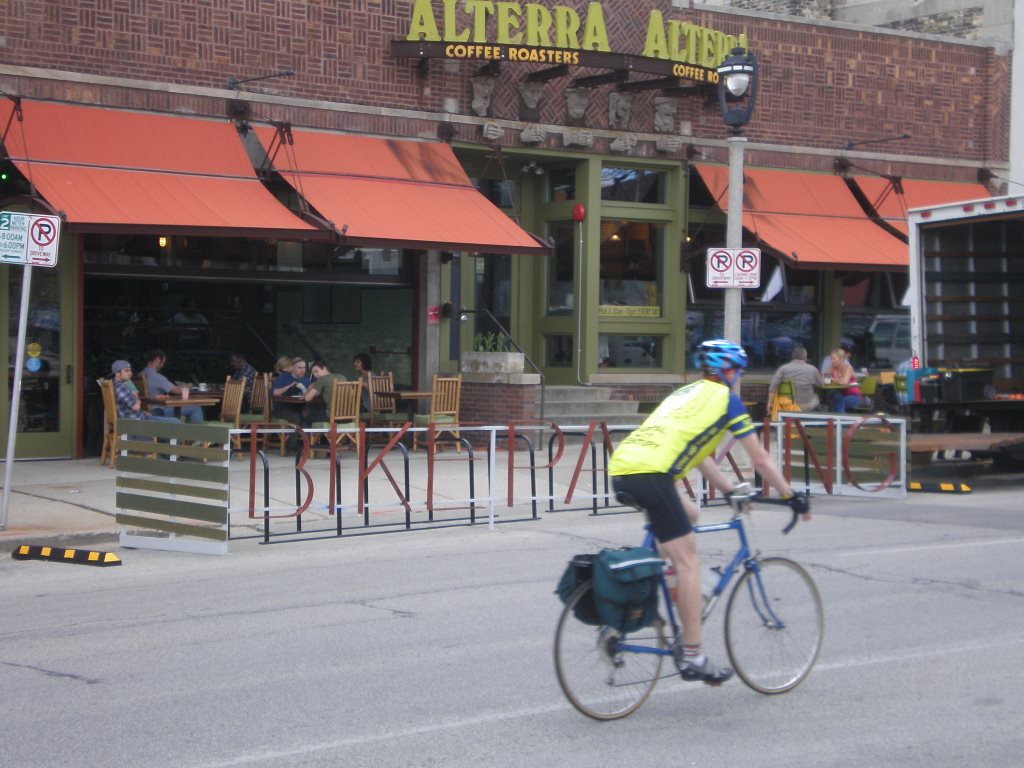 Cities such as Portland, San Francisco, Seattle, and Minneapolis have installed on-street bike parking in recent years, and now you can add Milwaukee to the list. The  loading zone in front of Alterra’s 2211 N. Prospect Ave. location is Milwaukee’s first on-street bicycle parking corral. Designed by Chris Socha, of The Kubala Washatko Architects Inc. and fabricated by Ryan Foat, Principal of Oxbow Studio LLC., the bike corral goes far beyond that of simply an installation of bike racks, it adds an element of public art to the street and improves the built environment.

This installation adds intrigue and functionality to the built environment, and is Milwaukee’s newest city comfort. It makes better use of public space, and in fact has economic value to Alterra and neighboring businesses, as this bike corral can hold at least twenty bicycles (customers) at a time instead of just one car. Its utility was clear when almost immediately after it opened up on Friday numerous bikes began filling the racks.  Additionally, this installation keeps the sidewalk clear for pedestrians and allows for more space to be dedicated for cafe seating at retail establishments.

I’m sure some will only see it as a bike rack, but in addition to being an improvement to Milwaukee’s built environment, this installation is part of a continuing trend. The City of Milwaukee has seen ridership increase over 250% over the past five years, and now businesses like Alterra are looking to improve their bike infrastructure to make Milwaukee a better place and improve their bottom line. Clearly, biking as a form of commuting, running errands, and a part of every day life is on the rise in Milwaukee, and we at UrbanMilwaukee.com expect to see this trend continue. 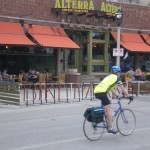 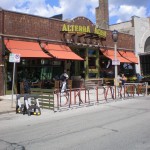 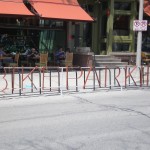 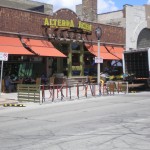 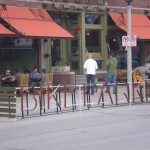 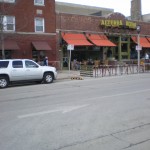 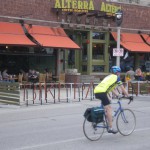 Cities such as…
Categories: