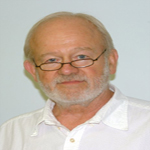 Whose Chamber of Commerce is this anyway?

So, what about the U.S. Chamber of Commerce, the one based in Washington, DC?   What’s their job?

Is it to solicit funds from American corporations as well as foreign and multi-national ones and use those dollars to promote Republican office-seekers? So it would seem.  Reports of such financial activities have recently been covered in national news stories, and we’ve seen the results every day on our television screens, where negative ads against Democratic candidates are sponsored by the U.S. Chamber of Commerce.

They have gone after Senator Russ Feingold to the tune of a quarter of a million dollars. In a sense it isn’t surprising; Feingold will never be accused of being in anyone’s pocket, least of all big business — he was voted #1 enemy of Washington lobbyists.  His campaign issued a statement: “The corporate special interests are lining up to take out their number one enemy, Russ Feingold.  It’s clear whose side Ron Johnson is on — the wealthy, out-of-state, corporate special interests who are trying to buy this election.”

Aside from the fact that she is not known for supporting tax hikes, Lassa is obviously concerned for her family’s privacy and security, and her campaign has reacted appropriately.

Does this sound like something our local Chambers of Commerce should have any connection with?  I don’t think so.

If you are curious whether or not your local Chamber is in any way affiliated with this national Republican campaign-support organization, you can check out their website to find out. I was pleased that the chamber in my hometown of Park Falls is not listed as an affiliate, although many others are: Milwaukee, Brookfield, Madison and, of course, Wisconsin Manufacturers and Commerce — they’re a mainstay!

It will come as no surprise to anyone that businesses are inclined toward the Republican Party — large ones for obvious reasons (“the rich get richer, and the poor get poorer”), and small ones because they are drinking the big business Kool-Aid.

But should an organization supposedly dedicated to supporting small business be so blatantly partisan, and do local Chambers even know that they are unwittingly endorsing such shenanigans? Why don’t we ask them?

John Smart is retired in his hometown of Park Falls, Wisconsin, is a member of the Governor’s Commission on the United Nations, the board of the Wisconsin Alliance for Excellent Schools, and is vice-chair of the Price County Democratic Party.