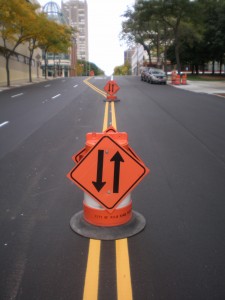 Unfortunately, the street design falls a bit short, as it has a couple of key flaws.  First, two-way traffic stops at Market St. instead of continuing on to Water St., as it should, so this gap will delay the ability of city to convert all of State St. to two-way traffic.  Secondly, it is clear that the Department of Public Works continues to design for peak conditions, instead of the normal state of the street.  This is evident because the bike lanes end at Van Buren St., while peak traffic lanes (parking lanes that are used as travel lanes during peak conditions) begin at Van Buren St.  Apparently, these lanes are to handle the handful of cars that head west on State St. around 5 pm each day.  And although these lanes will allow the handful of cars to continue to speed through the neighborhood, they will be an inconvenience to people attempting to park, and are a concern to pedestrian safety.

It’s great to see the city moving to improve connectivity and access throughout downtown, but it’s unfortunate the design continues to come up a touch short.  Up next, E. Wells St., hopefully that street will be done better. 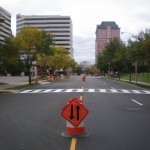 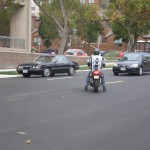 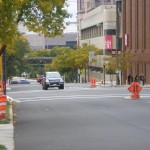 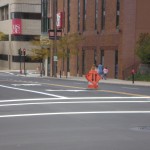 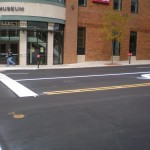 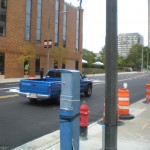 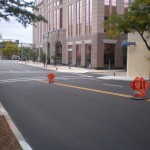 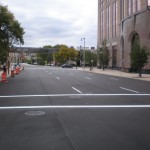 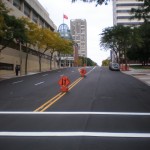 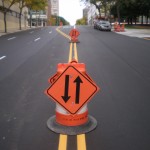 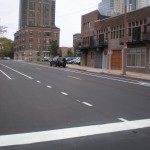 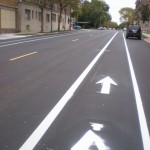 3 thoughts on “E. State St. is Open for Two-way Traffic in East Town”