Other than declaring candidacy for governor last year, Tom Barrett has been pretty low key about his campaign. But Wednesday he met with members of the press and firmly stated he wants to be the next governor of Wisconsin.

One of his first jobs as governor will be consolidating the disparate state agency programs that deal with business and economic development—commerce, tourism, development, labor, etc. — and place them under the purview of the Governor’s office. He said he his experience developing the Milwaukee Seven and his work to bring manufacturing jobs, via Talgo and Ingeteam, would be beneficial to the state.  “I’ve been doing it for six years in the city,” he added.

He said economic development and job creation is “such a high priority” that the governor needs to be directly involved and industries need to have a single point of contact for doing business in Wisconsin.

“I want to send a message that I am actively involved in economic development in Wisconsin,” he said. When pressed for more details, Barrett told the attendees that he would make a formal presentation of this plan later in the week, “to keep us all watching his campaign.”

With the results of the most recent primary elections fresh on everyone’s minds and Tea Party activists taking credit for ousting incumbents in key states, I asked Barrett if he agreed with Wisconsin Democratic Party Chairman Mike Tate’s comments last fall that Tea Partiers are extremists who don’t understand the economy or capitalism and are against affordable health care, clean air and water.

Barrett said he understands the Tea Party’s anger but that it is misdirected. “They have short memories,” Barrett said, reminding us that the nation had a surplus and prosperity under Bill Clinton. He described the economy going “into a ditch” during the GOP administration and Tea Partiers are now standing on top of the hill yelling that the new administration hasn’t pulled it out of the ditch. He added that he wasn’t familiar with Tate’s comments, but that he would not disparage individual’s beliefs.

Barrett also wants to tackle the state’s fiscal problems. Barrett describes himself as a man who can make the tough choices, pointing to his decision in 2009 to pay the $49 million due on the city’s pension fund without borrowing. He understood that the cuts in fire coverage and other city services were difficult, but he didn’t want to dig a hold for future taxpayers to deal with.

Barrett specifically discussed calls to rescind “combined reporting” on businesses based in Wisconsin with out-of-state subsidiaries. This allows the state to tax income from all subsidiaries of a state company at Wisconsin rates. Opponents say it costs jobs and is the impetus for Harley-Davidson’s recent announcement that it may have to leave the state.

“The Republicans say [rescinding] it will reduce taxes, but it will reduce revenues by $1.8 billion,” Barrett said. If elected, Barrett will inherit a $2.3 billion structural budget deficit and he said by eliminating “combined reporting” it would increase the deficit to $4.2 billion. He added that he would rather see tax cuts that directly go to the middle class than businesses, even when we need more jobs.

Finally, Barrett wants to provide “adult supervision” in Madison. “Voters are frustrated with partisanship,” he said. “They don’t care if the garbage is picked up by a Democrat or a Republican. I am not the ideolouge in this race.”

Barrett pledged his support of the high-speed train between Milwaukee and Madison, saying that 100 percent of the line’s construction will be covered by the $810 million in federal funds.

“We can say no, like other candidates want to do, but it will go elsewhere. This is important, the money can’t be used for something else.” He said the train will provide economic growth, pointing to leaders in Watertown excited for the development that will come with a train station stop in their community. He also said that when the economic recovery takes effect globally, gas prices will spike and trains will become popular with commuters.

When pressed as to what he will do if ridership estimates don’t materialize or costs exceed projections, Barrett dug in. “This project will come in on time and under budget,” he said. “We are at the point were we have to build it or pay back the money,” referring to what is already invested in engineering and site placement. He added if the project goes over budget, he will go to Washington to get more money from the Fed.

While Barrett will use his Milwaukee record to win the voters hearts— improved safety and dropping crime rates, redevelopment of the Menomonee River Valley and his work to attract businesses to the city during a crippling economic downturn—he plans to connect with the values of out-state voters.

“We all share Wisconsin values,” he said. He will appeal to rural and suburban voters with his policies to provide children with good educations, to provide jobs that will support families, assure access to affordable health care and to protect the environment enjoyed by state residents.

0 thoughts on “Barrett wants the job” 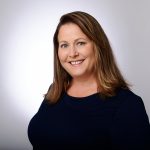