We Knew it When

The Etiquette takes on The Globe. Photos by Shari Solheim

I sat with my friends, drinking my beer-flavored water and stared longingly at the back of the bar, musing aloud, “The stage I saw Poster Children play on used to be right there.”

Rose Marshack, Poster Children’s bassist, documented that show in her online tour reports — one of a handful of times I’ve been lucky enough to be mentioned in them. When they played the room that now houses Live, it was known as the Globe East, and in its day was the home of some of the best rock shows in the city. “The club in Milwaukee is really beautiful,” Rose said back then. “The floor is that tile that you find in New York City bathrooms, and it has green Christmas lights. The basement smells like people have been peeing in the corners, that sort of New Yorky smell. Fliers all over the place.” It’s funny to read an old writeup like that of a show I attended — I embarrassingly discovered how much I forgot about that night. It was in 2002, not 2000? Oh! How about that. What, it was snowing? Oh, maybe that’s why I only remember the club being half-full.

“DJ, a fan from the pkids list (their old email listserv), was at the show and had to drive about 6 hours for it. I worry now when I see displaced fans at these shows where it’s freezing out; I’m terrified something will happen to them on the way home. Please drive carefully if you’re driving a long way to our shows!”

I haven’t forgotten all of my experiences at the Globe, although I’m sure a natural-born Milwaukeean would have lots more to tell. When it was open, I wasn’t even a full-time Milwaukee resident yet — I didn’t relocate until August 2002. I was still driving down to Beer City from Overallsburg (aka Oshkosh) on the weekends to visit my girlfriend. I was used to traveling to do something interesting, though, having spent years driving to the Concert Café in Green Bay, the closest place to Oshkosh where anything cool was happening.

The Concert Café was Green Bay’s all-ages venue; a place that only existed to put on shows for kids too young to drink. It was a labor of love that finally crumbled under its own expense in 2001. In many ways, The Globe was Milwaukee’s version of the Café, willing to entertain the local youth with all-ages shows at what was likely no profit for the venue whatsoever. At the time, when I’d attend a Globe show, I’d be put off at what I felt was a condescending attitude toward the kids. It was like they were doing them a favor and felt that they should be happy, even though they were getting rapidly kicked-out after the last band played so they could plug in the beer lines and make some real money. Now that I’m older, though, I realize that the Café spoiled me, and that The Globe really was doing those kids a favor, and they should have been grateful. I’m sure they are.

The shows I saw there were on a par with what I saw in Green Bay in the ’90s (and I saw some amazing bands in Green Bay in the ’90s — a time when many bands skipped Milwaukee in favor of GB). Take THAT, Cream City!  Eric Bachmann’s Crooked Fingers opened a show with three acoustic songs played on the floor surrounded by fans. Several Dismemberment Plan shows. The pAper chAse on their second full-length. And, this was all in about a two-year span. I can only imagine what other folk remember from the ’90s. (Feel free to leave your memories in the comments.)

My band had the honor and privilege of gracing the Globe’s stage on two occasions. The first time, we were invited down from Oshkosh to open for The Faint and Har Mar Superstar. The kids at the front of the stage loved us; the people in back thought we sounded like crap. I’m guessing either the PA was mixed poorly that night or we were loud enough on stage to mask our shortcomings up front. Either way, it was the first night we sold our debut CD, Ones and Zeroes, complete with an 8-track cassette run of three copies  —two of which I believe we moved that night. (I think eventually that release was certified plastic, or whatever the RIAA designation is for “1,000 copies either sold, traded, given away or stolen.”)

Our second show at the Globe was less notable and more notable all at once. It was your routine all-local night with not many people in attendance. For some reason we sat outside after our performance and joked that, since no one showed up, it’d be hilarious to start a rumor that we had gotten into an altercation with the Globe’s staff and accidentally set the place on fire. A friend of ours who was in attendance that night decided to do us one better and actually start the rumor, saying that we were forcibly removed from stage because of our volume and, during the fracas, our guitarist’s amp caught fire and burned the place to the ground. It was a hilarious story until the promoter called our friend and informed him that people were returning advance tickets to upcoming shows and demanding refunds. Oops! The older, wiser me wants to sound contrite and say it was stupid of us to go along with our friend’s story, but on the other hand, the story’s highlights involved me sustaining “fourth-degree burns” and us being kicked off the stage during a cover of RUN-DMC’s “My Adidas,” which we have never even tried to learn, so you know what? Anyone who bought that ridiculous story deserved to be fooled. Kaufmanesque we were not.

Apparently, shows still happen occasionally at 2028 E. North Ave, but according to a 2007 show recap from King’s Horses, getting yelled at for excessive volume is a real thing there now. Too bad — all joking aside, I really doubt that would have ever happened at The Globe.

The changeover happened in 2003, not long after we invaded Iraq. The owner of the bar decided to go back to school, and no one stepped up to take over. Thus, the era of The Globe East met its end. But it was a punk-rock ending, to be sure — in the week after a certain “rival” rock club “allegedly” called the cops on a Cursive show and had it shut down (the venue apparently had forgotten to get its all-ages permit for the evening), the Globe extended one, last middle finger at the world before riding off into the sunset: “Screw Iraq—Bomb Shank Hall.”

I’ve only been there once, but for some reason, I doubt the current management would do something that ballsy.

17 thoughts on “We Knew it When: The Globe East” 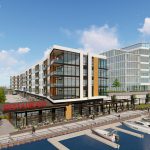 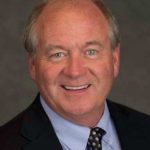 Prehn Out As Natural Resources Board Chair by Henry Redman