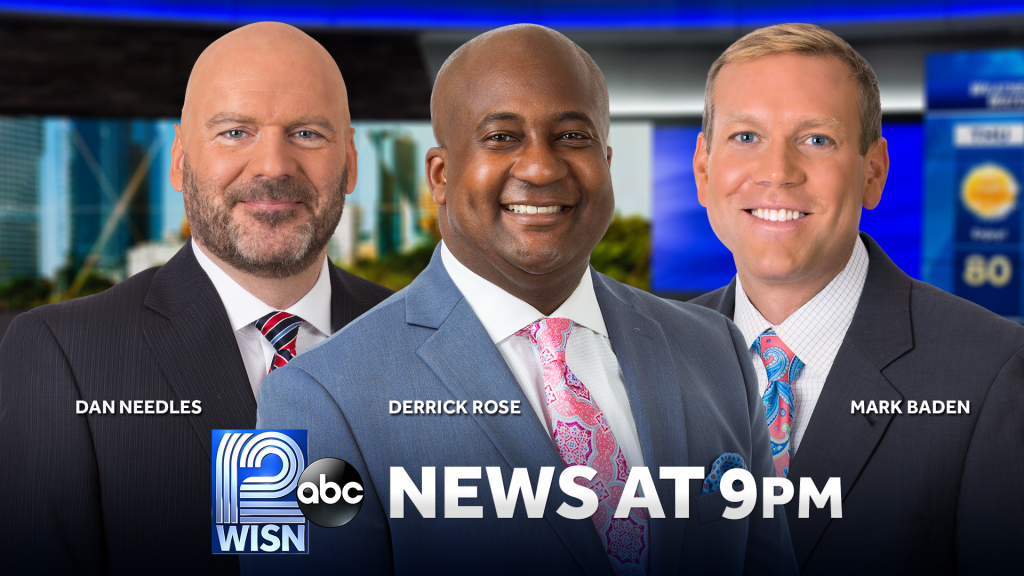 WISN 12 News at 9 on Justice Anchors. Image from WISN

“We’re always looking for fresh and innovative ways to deliver our important local coverage to viewers across Southeastern Wisconsin,” says Jan Wade, president and general manager of WISN 12. “This newscast is a great opportunity to expand our news to a new platform and new audience, and Derrick is the perfect journalist and storyteller to lead it.”

Rose joined WISN 12 in August 2018 as an investigative reporter. Since his arrival at WISN 12, Rose has investigated radon in schools, and uncovered how Tylenol and Advil are twice as effective as opioids prescribed by Wisconsin doctors.  Prior to his position at WISN 12, Rose worked in various roles at stations across the country. In addition to his new anchor role, Rose will continue to serve as an investigative reporter for WISN 12 News.

“From breaking news to in-depth coverage, investigations, and the latest political developments, ‘WISN 12 News at 9:00 p.m.’ on Justice Milwaukee will keep people up-to-date on the stories that impact their lives,” says Ben Hart, news director of WISN 12. “We’ll have even more quality content at an earlier time and Derrick, Mark and Dan will do a great job connecting everyone to what’s going on in the community.”

“Justice Milwaukee” is a broadcast television network that brings viewers gripping crime and investigation programming to make communities safer. The network airs both existing and original programming, including shows like Inside the Mind of a Serial Killer, Cold Case Files, Extreme Evidence, Missing Persons Unit, and FBI: Criminal Pursuit. John Walsh, the Emmy® award-winner and internationally renowned host of America’s Most Wanted, serves as the spokesperson and on-air talent for the network.