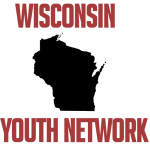 Activists will gather to demonstrate firm opposition to Enbridge’s profit grab at the expense of the people and the natural environment.

On March 4, 2017, young Wisconsinites and allies concerned about the future of the environment, environmental responsibility, and justice will be marching in Whitewater, Wisconsin, a town in the path of a proposed pipeline expansion, and the site of a related pumping station.

Wisconsin is already bisected by five existing pipelines, and now Enbridge, a $57 billion Canadian company, has announced plans via shareholder letters to construct Line 66, a pipeline which would run parallel to the existing Line 61. Together, these two pipelines would carry 2 million barrels of oil per day from Superior, Wisconsin, diagonally through the heart of the state and across many vital waterways. These pipelines add to the profits of a Canadian company and its investors, while shifting all the risk to the people of Wisconsin.

Activists will gather to demonstrate firm opposition to Enbridge’s profit grab at the expense of the people and the natural environment. The oil transported by Line 61 and that would be transported by Line 66 is tar sands oil, perhaps the most environmentally destructive source of energy on the planet, requiring clearcutting of pristine Alberta Boreal forest, and releasing a slew of different environmental toxins. On top of that, these pipelines lock in decades of fossil fuel consumption that will push the world closer to catastrophic and irreversible climate change, putting our collective futures and the future of the planet at grave and unacceptable risk.

Over 800 spills occurred under Enbridge’s watch from 1999 to 2010, an average of one spill roughly every five days. Just three weeks ago, an Enbridge pipeline in Texas spilled 600,000 barrels of oil. It is with this pattern of carelessness in mind that the activists also call upon Enbridge to decommission Line 5, a pipeline that passes under the environmentally vulnerable Mackinac Strait that connects Lake Huron and Lake Michigan.

The demonstrators hope their protest will lead to a public commitment by Enbridge not to construct any new tar sands oil infrastructure in Wisconsin, the decommissioning of Line 5 as soon as possible, and improved pipeline management, oversight, and technology from Enbridge in order to safely operate and eventually decommission existing pipelines as the nation and the world transition to clean fuel sources.

The gathering will begin at 2:00 PM on Saturday, March 4, near the fountain on the campus mall in front of the University of Wisconsin-Whitewater University Center. The march will proceed to the Cravath Lakefront, where a rally and press conference will be held at 3:30, wrapping up at 5:00 PM.

350 Madison Climate Action Team is the local branch of 350.org, an international grassroots organization that is mobilizing a global climate movement. 350 parts per million (ppm) of CO2 is the number that leading scientists say is the safe upper limit for carbon dioxide in our atmosphere. We have well exceeded that limit.

Wisconsin Youth Network (WiYN) creates collaborative, intersectional, and communicative spaces for young environmental advocates in Wisconsin. It is a network of youth- and young adult-led organizations in Wisconsin. There are currently 13 active member groups. Find out more at facebook.com/WisconsinYouthNetwork