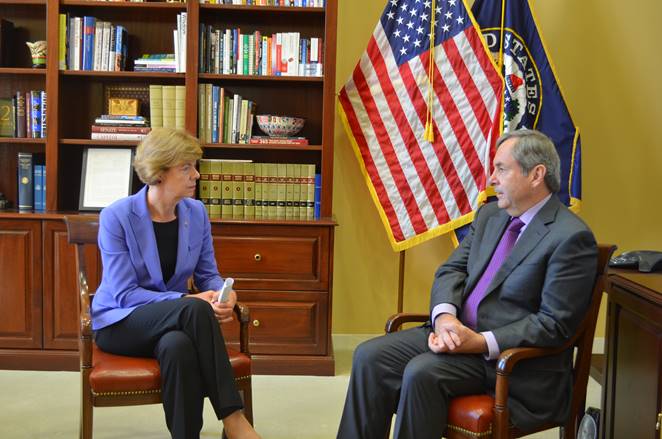 “I was pleased to host Ambassador MacNaughton today for an important discussion on what NAFTA renegotiation talks mean for Wisconsin’s dairy farmers and manufacturing workers,” said Senator Baldwin. “I stressed the immediate need to address the restrictive Canadian dairy trade barriers that have hurt our agricultural economy. Wisconsin’s dairy farmers should not have their businesses ruined and lives upended as a result of this unfair trade practice. I also expressed my desire to remove the government procurement chapter from NAFTA to restore American manufacturing and drive growth.”

Senator Baldwin has also pressed President Trump to keep his Buy American pledge by removing the government procurement chapter from NAFTA during renegotiation. Senator Baldwin’s requested Government Accountability Office (GAO) report on procurement chapters has made clear that these loopholes in free-trade agreements like NAFTA is a losing proposition for American workers.