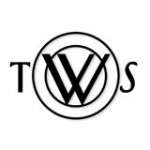 ABOUT:
LeRoi Jones’ (Amiri Barka) Dutchman is an emotionally charged and highly symbolic version of the Adam and Eve story.  Set in the 1960s – Dutchman examines the collision of “black and white” on an intense New York City Subway ride.  Emotions run high, our past comes to light, interracial tensions erupt, and we are forced to examine our own identities.

Dutchman is a pivotal piece of American Theatre that borders on the surreal and challenges the idea of our so-called post-segregated society.

-Winner of the 1964 Obie Award for Best American Play–

“A fierce and blazing talent.” – N.Y. Herald Tribune
“…a pivotal play not only at a particular juncture in 20th-century American culture but also in Mr. Baraka’s increasingly politicized career.” – New York Times

Or available at door prior to performances.

The mission of The World’s Stage Theatre Company is to inspire, entertain, and delightfully shock our audiences with a broad spectrum of theatrical works. The World’s Stage Theatre was founded in 2009 and is a fiscally sponsored non-profit organization.  We look to inspire the community around us, create whole theatrical experiences for our audience, build new artistic relationships in the community and beyond, encourage inter-arts collaboration, illuminate classics for contemporary audiences, and bring unique new works to the stage. The World’s Stage Theatre’s home base is in Milwaukee, WI.  Since founding in 2009 – we have produced over 20 productions.

Past works include, “Seminar” by Theresa Rebeck, “Phaedra’s Love” by Sarah Kane, “The McDonagh Festival – A celebration of Martin McDonagh”, “punkplay” by Gregory S. Moss, “The Unseen” by Craig Wright, “Project: Working Title – A look into the play-writing process”, “Amadeus” by Peter Shaffer, and the Off-Broadway debut of, “Waiting… A Song Cycle” at the Cherry Lane Theatre, NYC.