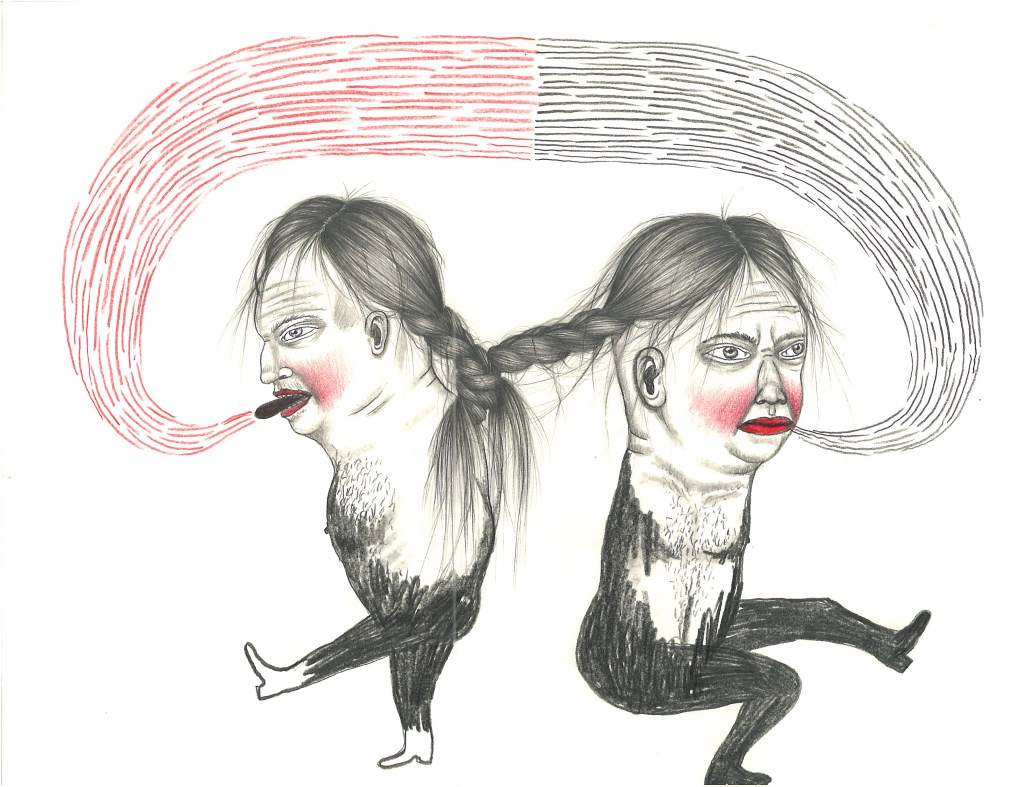 “The idea for this collaboration with Raeleen Kao began when Raeleen and I joked about how most of her work revolved around hair while most of the characters in my work were bald. Seemed like a perfect reason to collaborate. I suggested that she do a number of hair drawings sans figures, empty wigs essentially, and I would react to what she had drawn by adding figures.

Of course, the obvious qualities that surrounded our work would create a tension and not necessarily sit easily together. Raeleen’s hair drawings deal specifically with her female, Asian identity, and my jugheaded characters deal with my own, particular jugheaded, male identity. The result of combining these two artistic visions is simultaneously terrifying and hilarious; both repulsive and oddly poignant I think.

Raeleen has had a long fascination with the traditional image of female Asian ghosts typified by the Japanese Yūrei. These ghosts appear as pale and gaunt with long black hair, often obscuring their face. Her meticulous rendering of this long black hair has become a signature of her art. Combined with my rather cruder homunculi, they seem to be borrowing an elegance that makes them even more ridiculous and pathetic. Somehow, my characters seem even more vulnerable with all of that beautiful hair.

Raeleen has a biting sense of humor and working with her on this project has been enormous fun for me. I think she feels the same. ” 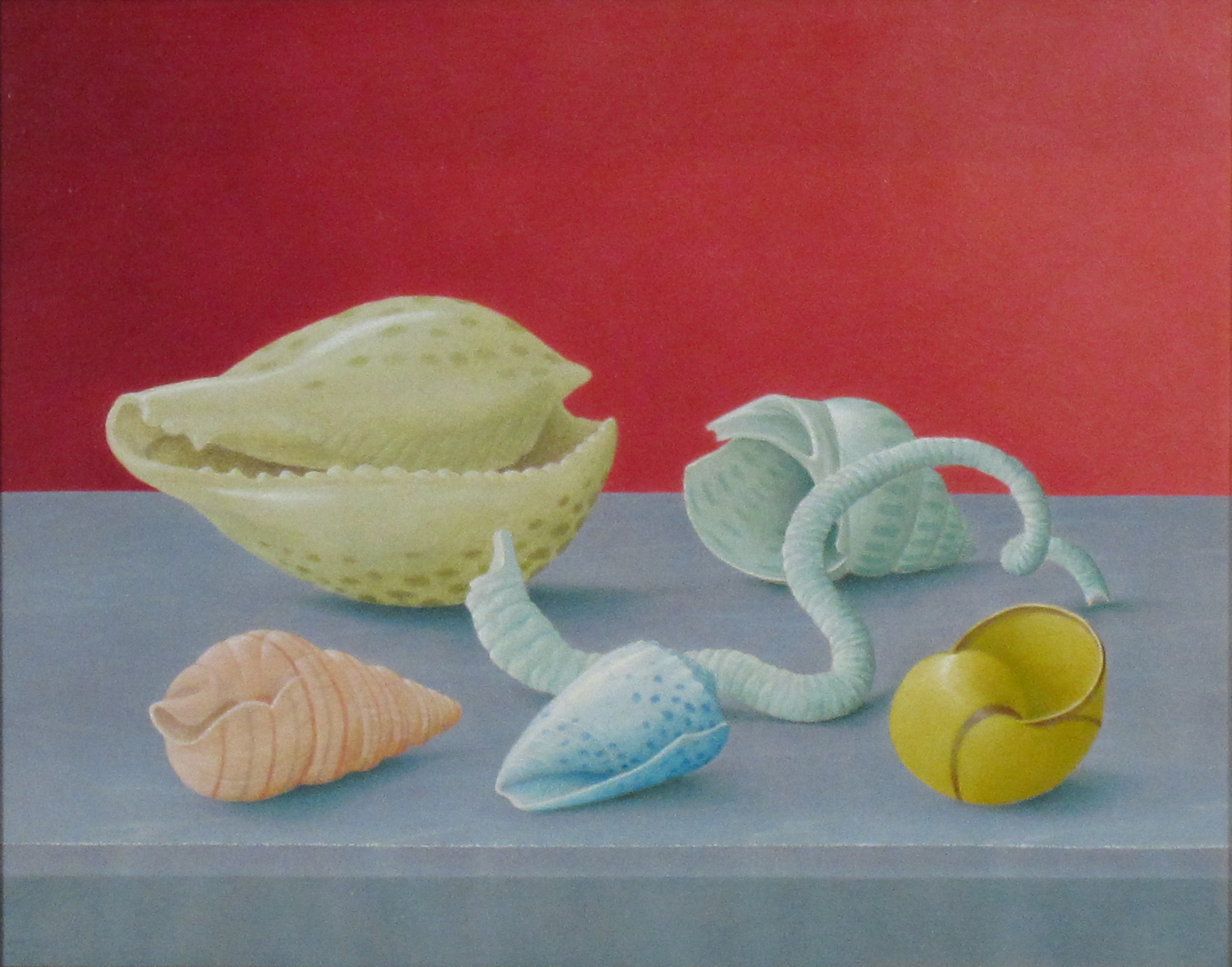 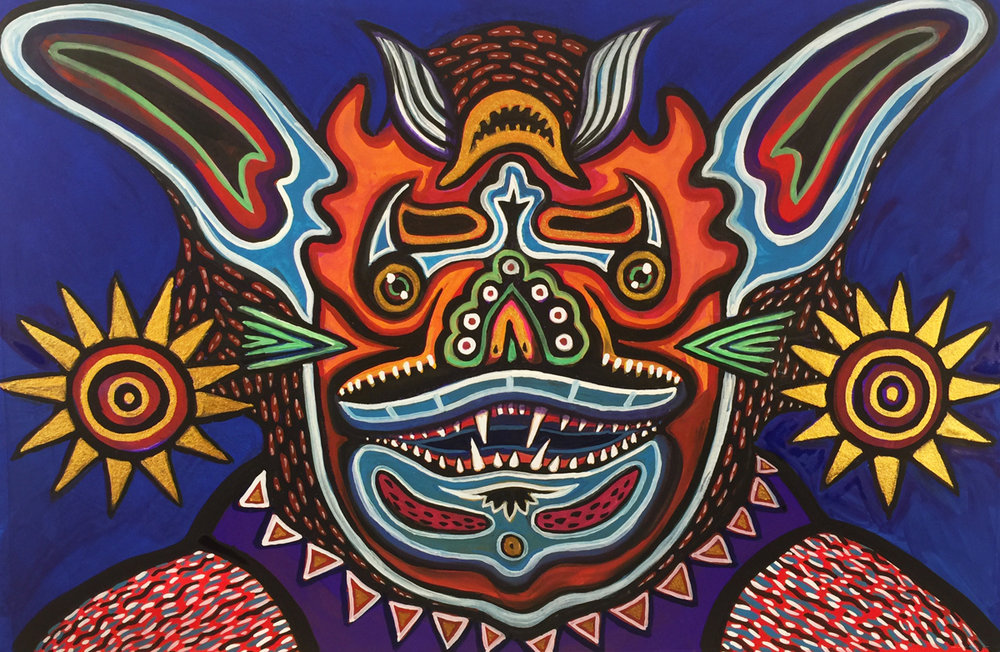