“We know that we can all live fuller, richer lives if we intervene early before health issues become more serious, and that people are better prepared to improve their own health outcomes when provided with guidance,” said Taylor.

Down syndrome is a genetic condition that can alter physical and intellectual development as a result of the presence of an extra chromosome. Early intervention services and advocacy efforts have aided the increase in life expectancy for individuals with Down syndrome, from 25 years in 1983 to 60 years today.

Alzheimer’s disease is a type of dementia that causes complications with memory, thinking, and behavior, but early intervention and diagnosis can be critical in extending life expectancy. Alzheimer’s disease is more prevalent among African-Americans than non-Hispanic whites, but this increased risk is not yet widely known or understood.

Diabetes is the most significant cause for adult blindness, kidney failure, and lower-limb amputations while also predisposing people to heart disease and strokes. Type 2 Diabetes is preventable and those who are prediabetic can reverse their condition by eating healthy and reducing sugar consumption, reducing weight if overweight, and remaining physically active by exercising for 150 minutes a week, or 30 minutes per day for five days.

According to the CDC, the leading cause of cancer deaths in Wisconsin in 2016 was cancers of the lung and bronchus, with a reported 4,276 new cases and 2,788 reported deaths. Lung cancer is largely preventable by not smoking, avoiding secondhand smoke, testing homes for radon, and avoiding carcinogens like asbestos. 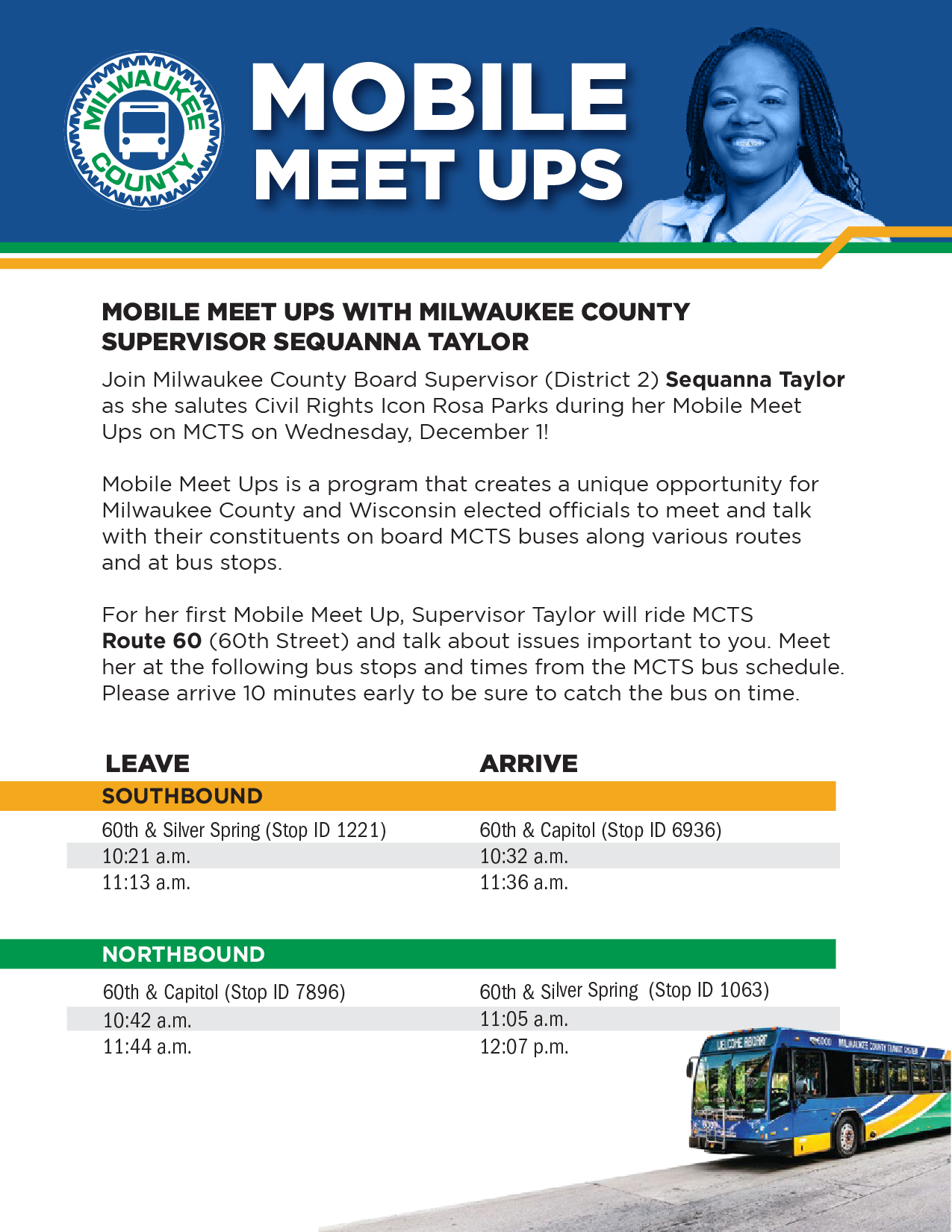 Supervisor Taylor to Host Mobile Meet Up with MCTS