“...Secretary Gottlieb’s expertise and candor will be missed.” 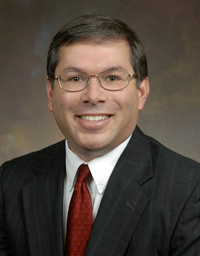 Mark Gottlieb. Photo from the State of Wisconsin.

“Wisconsin is losing one of our most hardworking and articulate public leaders. During his tenure, Secretary Gottlieb transformed the Department of Transportation, made it more efficient and saved taxpayers more than $1.5 billion in the process. On behalf of the Wisconsin State Assembly, I would like to thank Secretary Gottlieb for his service to our state as a local elected official, legislator and agency secretary.

“As we’re set to begin the 2017-2018 legislative session and make the tough but prudent decisions regarding the state budget, Secretary Gottlieb’s expertise and candor will be missed.

“I had the pleasure of serving with Mark in the Assembly for six years and found him to be honest, well-spoken and very intelligent. I want to wish him and his wife Linda the very best and hope they can now spend more time with their family.”