Round one is over, and it’s a race to the bottom.

MADISON — Round one is over, and it’s a race to the bottom for which of Sen. Johnson’s ethically dubious decisions will win it all. All totaled, Johnson’s ethically and legally questionable offenses amount to tens of millions of dollars, so it’s tough to narrow them down. But only four of Johnson’s worst decisions could make it to the next round.

Here are the final four. You can see the updated bracket here: 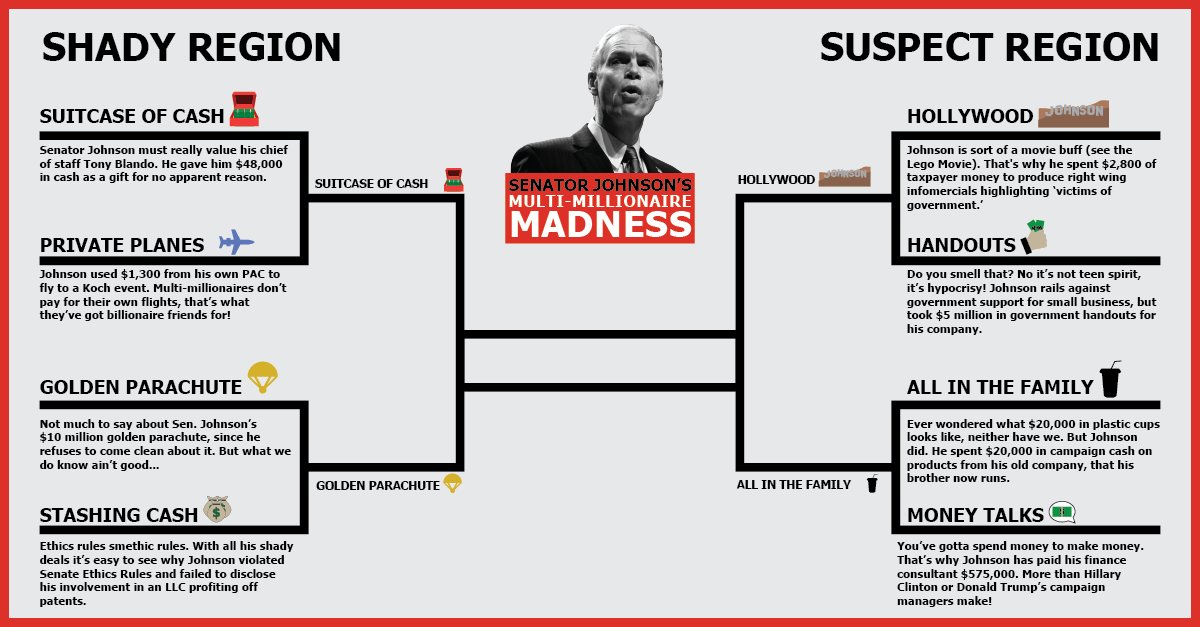 SHADY REGION:  Suitcase of Cash vs Private Planes, Winner: Suitcase of Cash
Money talks, and Tony Blando’s $48,000 in cash screams louder than a private plane’s jet engine. Suitcase of cash  moves on to the final four.