Is Trump Poised to Follow GOP Playbook of Rigging the Rules on Voting for Partisan Political Gain? 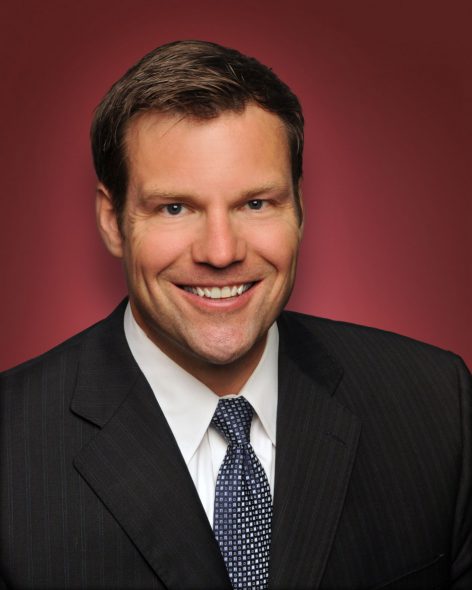 Kris W. Kobach, Kansas Secretary of State. Photo by Walt Whitaker from the State of Kansas.

MADISON, Wis. —  Recent news reports are suggesting Kansas Secretary of State Kris Kobach is among the leading contenders for Attorney General in the administration of Donald Trump.

Since 2011 Kobach has served as the top election official in Kansas and has amassed an appalling record of undermining voting rights, including working to pass a new law that was estimated to have prevented 20,000 state residents from being able to register to vote in 2014. The Kobach backed law has been challenged in court where judges have since enjoined enforcement of his anti-voter registration efforts.

One Wisconsin Now Research Director Jenni Dye noted that the consideration of the anti-voter rights Kobach comes on the heels of noted voter suppression advocate Reince Priebus being announced as Trump’s pick for his Chief of Staff.

The following are Dye’s statements regarding the reports of Kobach’s possible inclusion in the Trump administration:

“Donald Trump looks set to follow the traditional Republican Party playbook when it comes to voter suppression, considering people with track records of voter suppression for top jobs in his administration.

“The real voter fraud isn’t happening in polling places, it’s happening in the halls of government where partisan politicians like Scott Walker in Wisconsin, Kris Kobach in Kansas and Reince Preibus in Washington D.C. seek to manipulate the rules on voting to gain an unfair partisan advantage.

“We saw the impact of voter suppression laws in states across the country last week. That Donald Trump is filling his administration with people like this is an ominous sign for the rights of American voters to have their voices heard.”