I am strongly urging other Legislators to NOT sponsor this legislative proposal.

As a longtime Legislator from Milwaukee’s South Side, I am strongly urging other Legislators to NOT sponsor this legislative proposal. With all due respect to my friend and colleague Rep. Crowley, I have serious concerns that this type of State Legislative intervention would further politicize the operations of Milwaukee’s critical public safety programs, by far the largest percentage of taxpayer dollars spent by the City of Milwaukee.

The role of police chief is too important to become a matter of City Council politics and would break a longstanding history of citizen involvement and oversight of the Police and Fire Department through the work of the Fire and Police Commission.

What’s next? Aldermen getting to effectively dictate which city blocks or neighborhoods get allocated police services? Who gets hired (or fired) from the Police or Fire Department?

A civilian-led and professional police and fire department are key components of a successful urban community. The checks and balances afforded by a Fire and Police Commission, which includes policy oversight by the State Legislature, ensures that the shared priorities of fairness, safety, accountability, and smart use of taxpayer dollars remain the framework for hiring a Police Chief and that individual’s related management of sworn duties.

Like many other urban areas, Milwaukee faces serious challenges and ordinary citizens have every right to call into question a policy or hold accountable those who work in public safety and are hired by the taxpayers. Frustrations over results, style of management, or what frankly amount to many, many things outside the control of one person or government agency that are contributing to dangerous behaviors and crime — should not be the impetus for a power grab by the Milwaukee Common Council and insertion of its already overburdened workload and political challenges.

For my part, I remain committed to working with Republican and Democratic State Legislators to find additional state funding for Milwaukee’s public safety needs. Along with additional financial help, I feel strongly that the Mayor, Police Chief, rank/file employees, citizens and community leaders, all have a role to play to find more cost-effective ways to prevent crime and the unsafe disruption of neighborhoods that cause deteriorating quality of life for individuals, families, businesses, schools and many others.

That heavy lifting requires many moving pieces to work together as best as possible, including non-law enforcement examples of necessary public improvements:

Frankly, better handling of those 4 points would allow for more people to get/keep a job and be on a path to self-sufficiency and success in life.

Let’s all roll up our sleeves, establish common ground on the above items, and get to work on practical, affordable solutions.

“Too many South Side residents feel that the new economic investment either goes to really poor areas or already wealthy areas, with the middle ground often left paying more and more in taxes and fees.”

"The suggestion that another political campaign is what Milwaukee needs to hire a Police Chief is beyond absurd and totally unworkable."

"I apologize to both women for my actions and for any distress that I may have caused." 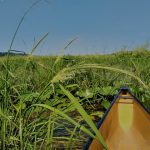