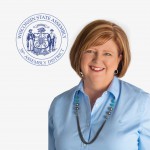 Representative Responds to State Hearing on Fraud and Abuse

Madison – A joint hearing of the Assembly and Senate Committees on Campaigns and Elections was held at the Wisconsin State Capitol on Friday, December 11, 2020 to review election concerns related to the 2020 General Election in November. After watching the majority of the hearing, Representative Barbara Dittrich (R – Oconomowoc) issued the following statement:

“The joint hearing by the Assembly and Senate Committees on Campaigns and Elections in review of the 2020 election offered a disturbing display of election irregularities. The first-hand testimony by a wide range of individuals cannot be ignored. Some of the most startling concerns to come forward in the hearing that must be addressed by the legislature include:

“Sadly, my colleagues on the other side of the aisle treated those testifying with disdain and personal attacks. Yet, I would contend that the integrity of the vote should be of concern to every voter who cares about their basic rights as an American citizen. Rather than discrediting testimony because of a person’s presidential choice, legislators must take seriously all procedural irregularities brought forth by our fellow Wisconsinites.

“I call on my fellow legislators on both sides of the political aisle to work together in the forthcoming legislative session to amend Wisconsin procedures and the consequences for violation of those procedures to restore confidence in the vote. Until such time, our fellow citizens will remain skeptical and mistrusting of election outcomes.”