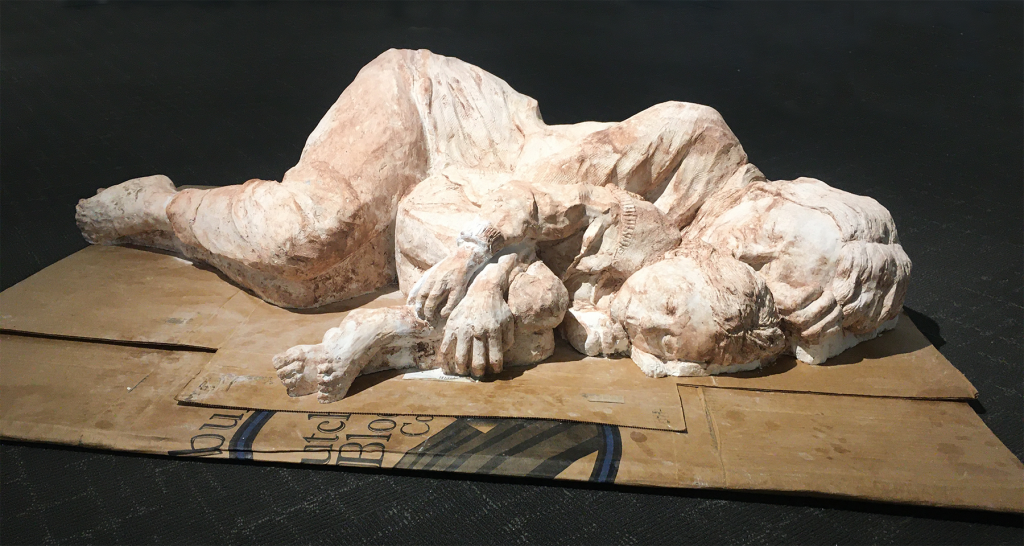 Port Washington, Wis. – A new sculpture of a mother and child sleeping near the entrance to the W.J. Niederkorn Library in Port Washington is intended to cast a light on the plight of people who have become homeless.

National Homeless Persons’ Memorial Day takes place each year on the longest night of the year, the winter solstice (usually December 21), which inspired the recent installation.

Local artist Joe Boblick first sculpted the figures in clay, then created a mold in which to cast the concrete sculpture.

“Placed insightfully, concrete figures initially trigger a response from viewers, as if they are sensing another person, says Boblick. “I do not want the passersby to lock their car doors, or hurry by, avoiding the homeless person. I want passersby to see beauty and vulnerability in people whom I am presenting as sculpted forms.”

The sculpture can be viewed at W.J. Niederkorn Library, 316 W Grand Ave, Port Washington, WI, through the end of January.