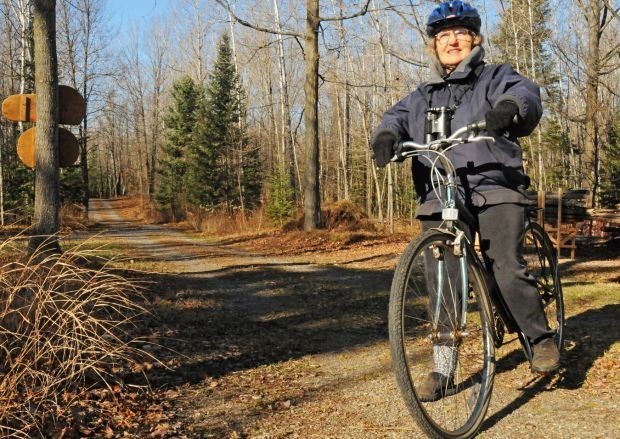 MADISON, Wis. – Ranked second nationally in birdwatching participation and a longtime high flyer in bird monitoring, conservation and citizen science, Wisconsin has added another feather to its cap. The state’s bird lovers have submitted more than one million checklists to eBird, the popular online platform for reporting bird observations.

Birders can use a customized eBird platform for Wisconsin to submit checklists encompassing all the bird species they see at a given place and time, whether watching birds at their feeder or rare sightings in the field.

Only one state with a smaller population — Oregon — has reached this feat.

“Reaching the one-million checklist mark is a big accomplishment,” said Ryan Brady, avian citizen-science coordinator for Wisconsin Department of Natural Resources. “When it comes to bird monitoring, there is strength in numbers, and the more data we get from a broader swath of individuals, the more our sightings can make a difference for birds.”

That information has become increasingly valuable in avian research and conservation and gives birders an electronic journal to track the birds they see over the years. They can also explore data from all users, revealing birding hot spots in any given area, when to expect certain species to arrive or depart and where specific target species have been sighted.

“It’s inspiring to see such a tremendous wealth of information about Wisconsin’s birds,” said Ian Davies, eBird coordinator for the Cornell Lab of Ornithology.

Davies noted that Wisconsin surpassing one million checklists is a testament to the incredible contributions of the Wisconsin birding community.

Those familiar with birding in Wisconsin will not be surprised to learn that the milestone checklist was submitted by legendary birder Kay Kavanagh, a Florence County resident with over 22,000 checklists to her name — more than any other birder in Wisconsin.

Kavanagh was a significant contributor to the Wisconsin Breeding Bird Atlas II. This comprehensive five-year survey engaged more than 2,000 volunteers in surveying over 1,300 specific blocks of land to document bird species nesting in Wisconsin. She surveyed much of her home county for the atlas; an astonishing 93% of checklists from that county are hers. She also surveyed nearby counties with a few volunteers.

Pioneering Use Of eBird To Inform Bird Conservation

Wisconsin was an early leader in promoting the tool and soon became one of the first states to develop its customized portal to the eBird database, Wisconsin eBird. eBird was released in 2002 and gained popularity later that decade. After years of ranking near the top in submitted checklists, Wisconsin pioneered another novel effort by becoming the first state to use an integrated eBird platform for collecting breeding bird atlas data.

“eBird was critical as a data collection tool to the success of the Atlas and has been equally valuable in tracking the distribution, movements, phenology and annual relative abundance of Wisconsin’s birds,” Brady said.

Information received from eBird reports help the Wisconsin DNR track the locations and status of rare bird populations, state property assessments and where and when to find hundreds of bird species. Land managers and other natural resource professionals also rely on publicly available eBird data from local parks, recreation areas or habitat projects.

“eBird is as fun as it is useful,” Brady said. “It’s pretty easy to get lost in the website for hours exploring all the maps, photos and recent sightings. Having fun while contributing your sightings for science is a win-win in my book.”

Visit the DNR’s website for more information on birding, birding conservation and eBird.