Once Again Clarke No-shows on the Citizens of Milwaukee County

"This is another instance of David A. Clark, Jr. abandoning his responsibility to those who elected him and he needs to resign now."

MILWAUKEE – Sheriff David Clarke, Jr., was a no show at a special meeting of the County’s Judiciary, Safety, and General Services Committee Thursday morning.

Chairman Willie Johnson, Jr., scheduled today’s special committee meeting at the request of committee members who wanted to speak to Clarke directly about two lawsuits filed against the county as a result of the deaths, and about the potential for additional lawsuits stemming from the two other deaths.
Supervisor Supreme Moore Omokunde released the following statement regarding Clarke’s refusal to appear before the committee.

“This is another instance of David A. Clark, Jr. abandoning his responsibility to those who elected him and he needs to resign now.” 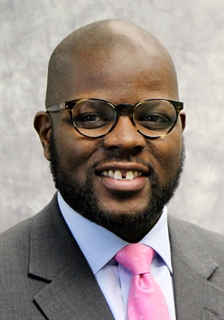