MOWA’s purchase of the parcel will create a cultural campus that has strong parallels to museums in many great cities. 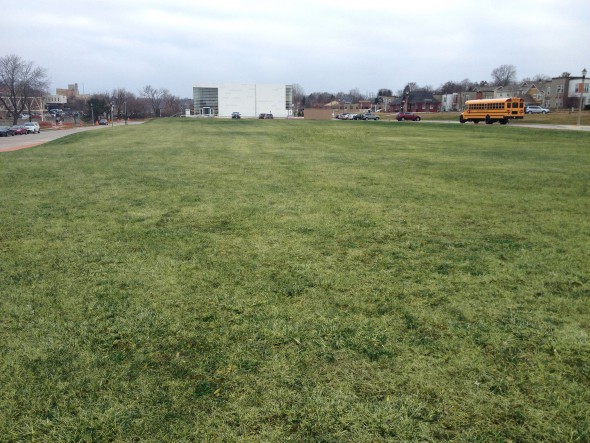 (WEST BEND, WI) The Museum of Wisconsin Art (MOWA) is pleased to announce plans to purchase the vacant parcel adjoining the museum on Veterans Avenue. Since MOWA opened its new building in 2013, community leaders in West Bend have recognized the great potential that exists for creating a cultural campus on the east side of the Milwaukee River, with the museum on the north end of Veterans Avenue and a beautifully landscaped green space on the south end. MOWA’s purchase of the parcel will create a cultural campus that has strong parallels to museums in many great cities and has the potential to be a much-loved destination for the community.

MOWA Board member Dale Kent, CFO of West Bend Mutual Insurance, has been in conversation with Mayor Kraig Sadownikow and City Administrator TJ Justice since the beginning of September in hopes of purchasing the property. The parcel (Lot 2, TIF 5/9) is owned by the City of West Bend and has been vacant since the former Field’s Furniture building and outlet mall was demolished in 2007 to facilitate redevelopment of the site along the Milwaukee River.

MOWA’s formal offer to purchase the land was presented and accepted by City Council on Monday, April 18, 2016. Development of the vacant lot could begin as soon as late summer with the park-like campus ready for the community’s enjoyment by early spring 2017. MOWA’s plans for the site include landscaping with native Wisconsin trees, plantings, and flowers that will complement MOWA’s modern building as well as the riverfront and river west businesses. The current number of parking spaces will be preserved to accommodate visitors to the museum and downtown businesses. Ownership and maintenance of the public parking lot adjacent to the museum will be retained by the City of West Bend.

MOWA’s Executive Director Laurie Winters stated “the Museum and its Board of Directors are eager to create a campus that is open to the public and welcoming with generous seating and open areas for children to play. This is the last significant green space in the heart of downtown West Bend, so the design needs to provide both beautiful landscaping and open flat areas that can accommodate festivals, fairs, and outdoor classrooms for students in the summer.” MOWA has hired architect Jim Shields of HGA in Milwaukee to develop a formal plan for the parcel and to create a visual connection between the newly landscaped parcel and the existing museum building, which he also designed. A landscape architect will be hired to work with Shields on the selection of plantings. Winters stated that “the connecting spaces need to function as a well-integrated whole with flowing walkways and attractive sightlines.” 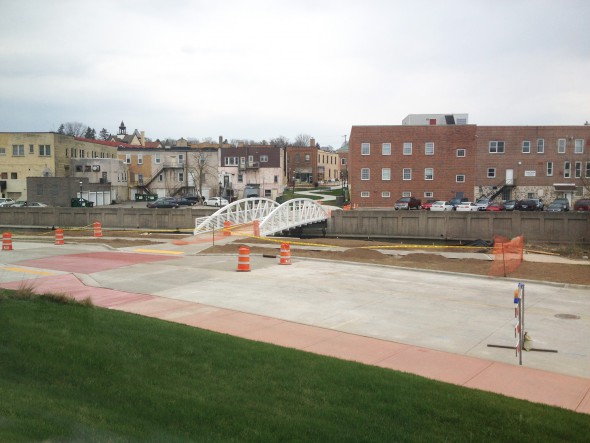 Prudy Pick Hway said the museum’s board is gratified by how quickly a dedicated group of local leaders and museum patrons have rallied to support MOWA’s purchase of the parcel. Betty Nelson, a longtime philanthropist in West Bend, said “I like supporting the museum in this acquisition because it really is for the public’s benefit and for the future of the City of West Bend.” Kevin Steiner, CEO of West Bend Insurance, stated that “WBMI’s Foundation Board of Directors had recently voted unanimously to support the museum’s purchase of the property. Not only will this purchase create a park-like setting in the city’s center, but it will be an important catalyst for stimulating economic growth in the downtown area.” MOWA is already the second largest tourist destination in Washington County, contributing well over $1 million annually in tourism dollars to the community through increased sales at local restaurants, shops, and hotels.

Kent said the Museum will be paying roughly the same as it did for the parcel it already owns which was purchased from the city in 2012. MOWA has agreed to a $35,000 purchase price and an annual PILOT (payment in lieu of taxes) of $150,000 on the land for five years, which will total $750,000 by the end of 2020. “This is a lot of money for a piece of land without a building on it,” said Kent, “but we believe it is important for the Museum and the community. This is one of those decisions that can catapult a community to the next level.”

Steiner described MOWA’s purchase of the property as “a critical lynchpin to completing the long-term vision of the downtown.” MOWA’s new building was the first step, followed by the refurbishment of the Pocket Park and Old Settlers Park, the addition of the new pedestrian bridge, and now those projects will soon be enhanced by the renovation of the riverfront. “What’s happening in the downtown is nothing short of astonishing. We are on the brink of an incredible opportunity that will combine great architecture, art, and landscape into one spectacular destination in West Bend. This is a once-in-a lifetime opportunity,” said Steiner. 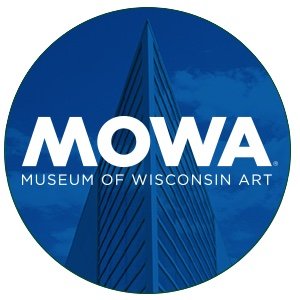 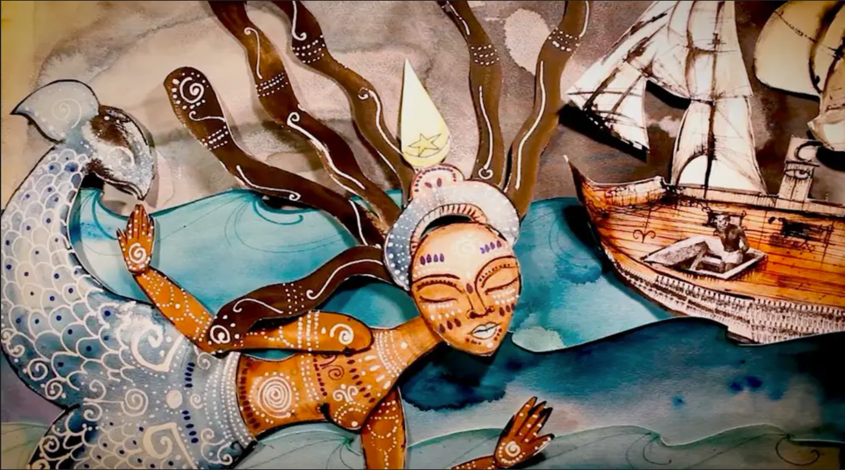 New Exhibition Explores Immigration and Identity through the Art of Place

Artists without Borders: Reflections on Art and Place opens April 24 at the Museum of Wisconsin Art 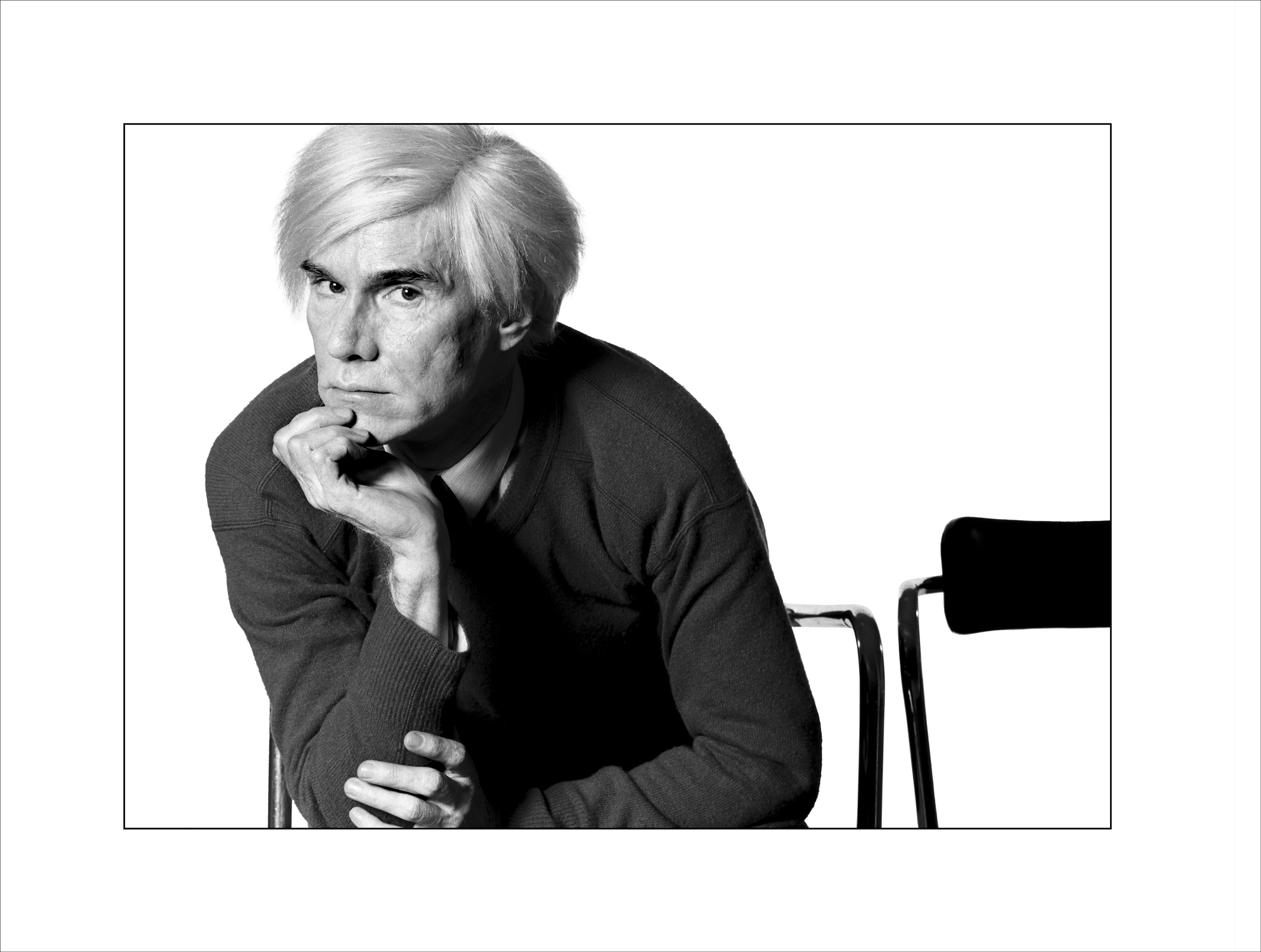