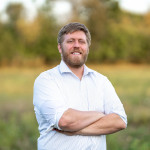 “I am running to do the hard work of governing,” said Van Someren. “I am running to listen to the voices of those who support me — as well as those who do not. I am running to advocate for the best interest of this district, the country, and the people who live here. Every American family should be able to enjoy the American Dream.”

Van Someren characterizes himself as a pragmatic, moderate Democrat and is the first candidate to enter the race against longtime politician Rep. Scott Fitzgerald. This is his first run for elective office. Mike is married to Renee Van Someren. They live in the Town of Delafield with their two young daughters and their chocolate Labrador, Buckley.

“I’m not from a political or wealthy family,” said Van Someren, who was born and raised in Somerset, Wisconsin. “I’m not Ivy League. And I’m not in lockstep with every Democrat. Here is what I am – I am a middle class, family man willing to try, to listen, to learn and to lead. I want to recognize the progress that has been made in this country, while acknowledging that more needs to be done to help the average person get ahead, and do what I can to help make that happen.”

Van Someren is a shareholder at law firm Davis|Kuelthau, where he serves as chair of the Capital Markets and Securities team and as a member of the real estate, commercial finance, and corporate practice groups. Mike was named a Wisconsin Super Lawyer Rising Star in 2020 and one of the Best Lawyers in America this year.

Mike also serves on the boards of Habitat for Humanity of Waukesha County and the Wisconsin Veterans Community Foundation. He has also previously served as a board member of Artworks for Milwaukee, which facilitates paid internships to at-risk or disadvantaged teenagers through art. At his church, Wauwatosa Presbyterian, Mike chairs the Finance Committee and helped raise hundreds of thousands of dollars necessary for building repairs.

The election for the U.S. House of Representatives from Wisconsin’s 5th District is on Nov 1, 2022, with a primary election if necessary on August 16, 2022. Mike Van Someren for Congress is on the web at mikevansomeren.com, and is at @MVSforWI on social media.