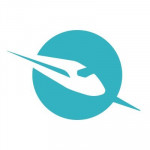 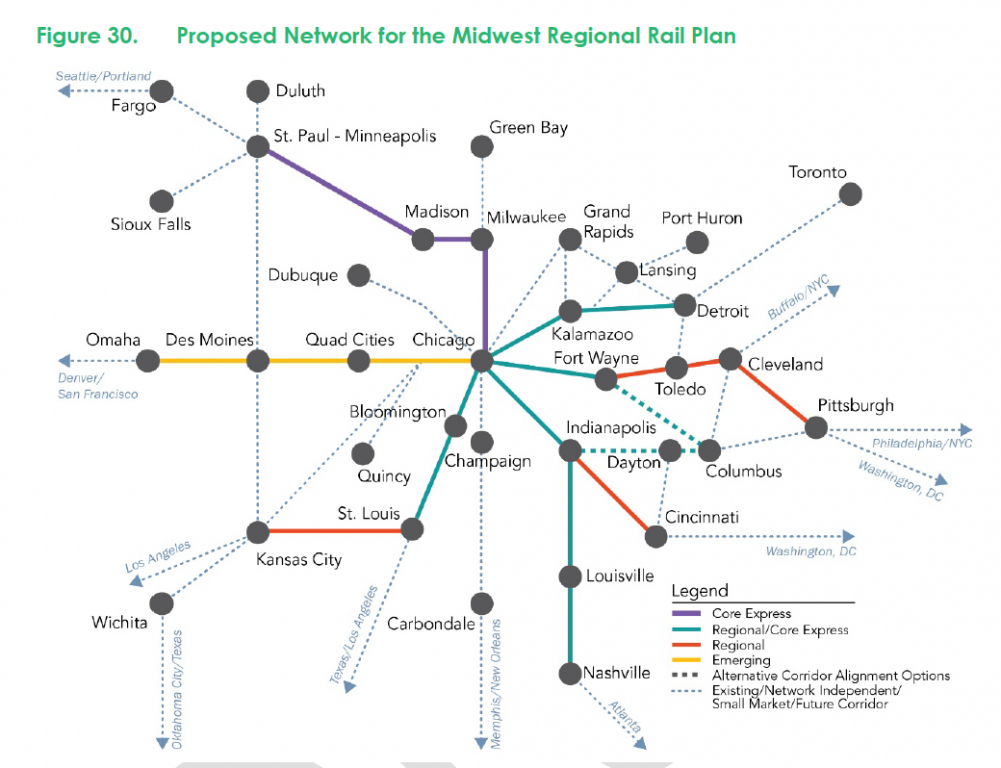 Today the FRA released their Midwest Regional Rail Plan, which provides a framework for building a network of fast, frequent and affordable trains throughout the region.

The plan envisions a network consisting of four “pillar corridors” radiating out from Chicago, with endpoints in Minneapolis-St. Paul, St. Louis, Indianapolis and Detroit.

These corridors are the system’s backbone but their real power lies in how they would make connections much faster and easier between hundreds of Midwest cities.

That’s because the “pillar corridors” would be integrated with transit systems and regional lines that connect mid-sized and major cities—like Indianapolis and Cincinnati, and Kansas City and St. Louis. There would be 24 trains per day on the “pillar” lines and 16 trains per day on the regional lines—a vast increase over current service levels on U.S. passenger trains.

We are excited that the FRA has demonstrated the value of reconnecting the Midwest and shown how it will benefit cities large and small throughout the region.

“This is a milestone achievement that should be celebrated. The FRA has laid out a compelling vision for transforming travel throughout the region. The important next step is for Midwest states to come together and work out the details of this vision. We will continue to support this effort as planning moves forward.”

Read our Blog on the Midwest Rail Plan

About the High Speed Rail Alliance

Based in Chicago, the High Speed Rail Alliance is membership-supported, and we are the nation’s largest and most seasoned high-speed rail advocacy organization supporting regional and national plans that integrate both immediate improvements to the existing networks and the construction of transformative high-speed lines. Since our founding in 1993 we have been a driving force behind numerous policy and funding achievements.  See more at www.hsrail.org