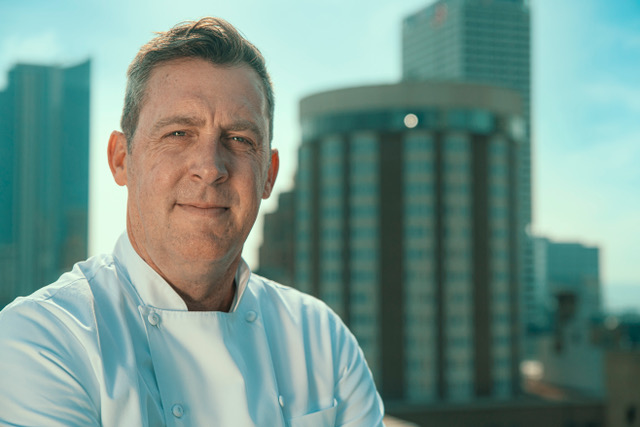 Milwaukee, WI –The Milwaukee Athletic Club (MAC) has hired Tom McGinty as Executive Chef. He will lead culinary operations throughout the club, which is currently expanding its food & beverage offerings to include a signature member- only rooftop restaurant and renovated event spaces open to members and the public.

“Tom has an exceptional culinary pedigree,” MAC Chief Operating Officer Joe Kurth said. “We’re proud to have him on board, and excited for him to elevate our food & beverage experience. His commitment to Milwaukee as home for his family has allowed us to retain one of the top chefs in the country in our own city.”

McGinty brings nearly two decades of experience in the Midwest culinary scene, having worked most recently as Corporate Executive Chef for Milwaukee’s F Street Hospitality. His prior position of five years provided oversight for the Food & Beverage operations for the AAA Five Diamond & Forbes Five-Star Destination Kohler/American Club Resort, preceded by a 10-year stint as Culinary Director at Soigné Culinary Artistry in Chicago.

“I’m looking forward to building a talented team and developing outstanding dining experiences for the Milwaukee Athletic Club,” McGinty said. “Downtown Milwaukee has such an exciting future — particularly from a culinary perspective — and I’m thrilled for the opportunity to be a leader in this community.”

McGinty graduated from Florida State with a Bachelor of Science in Social Science, and earned a Culinary Arts degree from Pennsylvania Institute of Culinary Arts.

Among his many certifications and professional experiences, he is also a Level 1 sommelier, received professional sushi chef training, and has made numerous live cooking appearances on regional and national networks.

He lives in Fox Point with his wife Kristen — herself a classically trained chef — along with their two kids, Lola and Tavish. When he’s not in the kitchen, McGinty is either watching or playing sports with his kids, or traveling and discovering new culinary inspirations.

The Milwaukee Athletic Club
The MAC is currently undergoing a $62m full renovation and is scheduled to reopen in December 2021. Interim operations for MAC members are temporarily relocated along the Milwaukee River at 735 N Water Street through 2020.