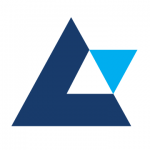 “I love racing and I’m not going to let up on the gas,” said Ralph La Macchia. “After going full throttle with La Macchia Group for nearly 20 years, it’s the right time to look ahead and determine our future course and how best to navigate it. That strategy development is where my passion lies, and where these changes will enable me to focus my efforts.”

Ralph and Mary Lou La Macchia announced that, effective immediately, Tom Kennedy has been named President. Tom’s leadership, experience and expertise have been invaluable to the organization since he joined La Macchia Group in 2015. Tom’s immediate comprehension of La Macchia Group’s business and culture has allowed him to be a cornerstone in its present and future plans. In addition to his experience at La Macchia Group, Tom brings with him more than 30 years of leadership and management experience in the design-build industry, including overseeing Opus North’s design-build operations as well as Epstein Global’s design-build practice.

“Tom has been a critical contributor to the success of our company in recent years,” said Ralph La Macchia. “I know he will build on that momentum to drive us toward even greater growth and opportunity.”

Scott Fulton also joined La Macchia Group as the company’s Chief Financial Officer. His high-level, industry-specific experience makes him a valued member of the executive leadership team, where he will be a key asset to the company and a driver for La Macchia Group’s continued growth.

“Tom, Ben, Dave and Scott are committed to the family values our company was founded on,” said Mary Lou La Macchia. “We are proud to have them as the leadership team of our company. Over the years we have seen their growth and passion for our vision to be a top employer and industry leader.”