MILWAUKEE – The Board of Supervisors unanimously adopted a resolution making June 19 of every year, or “Juneteenth”, a holiday across Milwaukee County today. The action solidifies the establishment of June 19 as a permanent County holiday, a process that began when County Executive David Crowley declared June 19, 2020 a holiday by executive order last week.

“Marking Juneteenth as an official holiday is a declaration that Black Lives Matter, and it is an invitation to all Milwaukee County residents to reflect upon the significance of this day and the struggles that Black Americans have endured for the past 401 years. Providing County employees with one more paid holiday is a demonstration of our commitment to improving the health and wellness of all County employees through the pursuit of racial equity,” said Chairwoman Nicholson.

Prior to adopting a final version of the resolution, Supervisors unanimously approved an amendment to make June 19 of every year a “major” holiday, meaning all county facilities will be closed.

Many Black Americans and their allies celebrate June 19 as “Juneteenth” or “Freedom Day,” as a significant holiday to commemorate the day in 1865 when the a Union Army general declared the Emancipation Proclamation the law of the land in Texas, the final so-called “slave state” to implement the law nearly three years after it was signed, freeing 200 forgotten slaves in the process.

Milwaukee residents have celebrated Juneteenth with organized events marking the occasion since 1971.

Milwaukee County adopted a racial equity ordinance in April, with the stated goal of “advancing the strategic priority of achieving racial equity to improve the health of the entire community by eliminating any racism in the County’s policies, procedures, practices, and power structures,” and declared racism a public health crisis in April 2019. 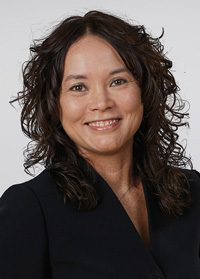