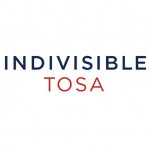 “District 13 is long overdue for fresh leadership, and it’s not a surprise that momentum is building around Sara’s campaign,” said Nikki Etter of Indivisible Tosa’s endorsement committee. “Her resume is impressive and her expertise in health care, particularly her background as a former epidemic intelligence service officer with the CDC, is more needed than ever as our state and nation continue to grapple with a public health crisis. Wisconsin could use someone like Sara to be a champion for health care reform, our public schools, commonsense gun laws, and other issues that matter deeply to families in our region.”

Indivisible Tosa used an endorsement process that involved researching candidates’ platforms on a range of issues and conducting an online vote. Members who participated in the process were unanimous in their support of Rodriguez. Among the comments in their survey responses:

“Sara Rodriguez as motivated to run for the Assembly because she saw that Rob Hutton does not represent the best interests of his constituents. He and other Republicans are set on absolute political power for themselves and their special interests over and above the interests of the people of Wisconsin.”

“Sara is a Gun Sense Candidate with Moms Demand Action.”

“Rob Hutton has been an absolutely do-nothing Representative. All of his policies are polar opposite of anything I want from elected leadership.”

“Rob Hutton failed a political courage test in 2018. I’m sure that he’s always lacked courage but that was the year that he took the test.”

“We need to flip the 13th Assembly District blue.” “The choice is clear.”

Learn more about Rodriguez and volunteer at saraforwi.com.

About Indivisible Tosa: We are among the more than 6,000 groups nationwide that follow the Indivisible Guide, a handbook written by former Congressional staffers. The guide provides a practical approach for making our voices heard and holding our elected officials accountable as we resist the most destructive aspects of the Trump agenda.