Wisconsin’s rail system consists of 10 freight railroads which operate more than 3,300 miles of track in the state.

Governor Scott Walker today announced $37 million in grants and loans for six freight rail improvement projects. The goal of Wisconsin’s Freight Railroad Assistance Program is to increase the use of rail transportation and support economic development and job creation.

The Wisconsin Department of Transportation (WisDOT) is distributing $29.6 million in grants through the Freight Railroad Preservation Program (FRPP). FRPP grants cover up to 80 percent of project costs to help preserve freight rail service or rehabilitate track on publicly-owned rail lines. In addition, WisDOT is providing loans worth $7.4 million through the state’s Freight Railroad Infrastructure Improvement Program (FRIIP). FRIIP is a revolving loan program used to improve rail infrastructure and construct new rail-served facilities. Recipients for 2016-2017 are:

The Port of Milwaukee

A $1,763,520 grant was awarded to rehabilitate and reconstruct 15 road crossings within the Port of Milwaukee. Track within the road crossings has deteriorated and no longer meets the standards of railroads that operate within the Port property.  The grant will cover 80 percent of the total $2,204,400 cost of the improvements.  The project will include replacing the road crossing surfaces and 3,340 linear feet of new 115-pound rail.  The Port will provide $440,880 in local matching funds.

The Madison-Reedsburg line, the Reedsburg and Prairie subdivisions and the Fox Lake Subdivision are all jointly owned by WisDOT and the Wisconsin River Rail Transit Commission.

Country Visions Co-op has been awarded a $4 million FRIIP loan for an $8.5 million project to construct a large railroad-served fertilizer facility in the village of Wrightstown in Outagamie County.  Costs above the loan amount are to be paid for with private funds.  Dry fertilizers will be available to nearby farms on a more timely basis for spring planting as a result of this new rail-served facility.  The new facility will be served by Canadian National Railroad.

Since 1994, WisDOT has provided more than $225 million in FRPP grants and more than $127 million in FRIIP loans to help fund 166 infrastructure acquisition, rehabilitation and improvement projects statewide.

Wisconsin’s rail system consists of 10 freight railroads which operate more than 3,300 miles of track in the state. Each year, more than 200 million tons of cargo is moved by rail. 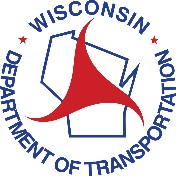