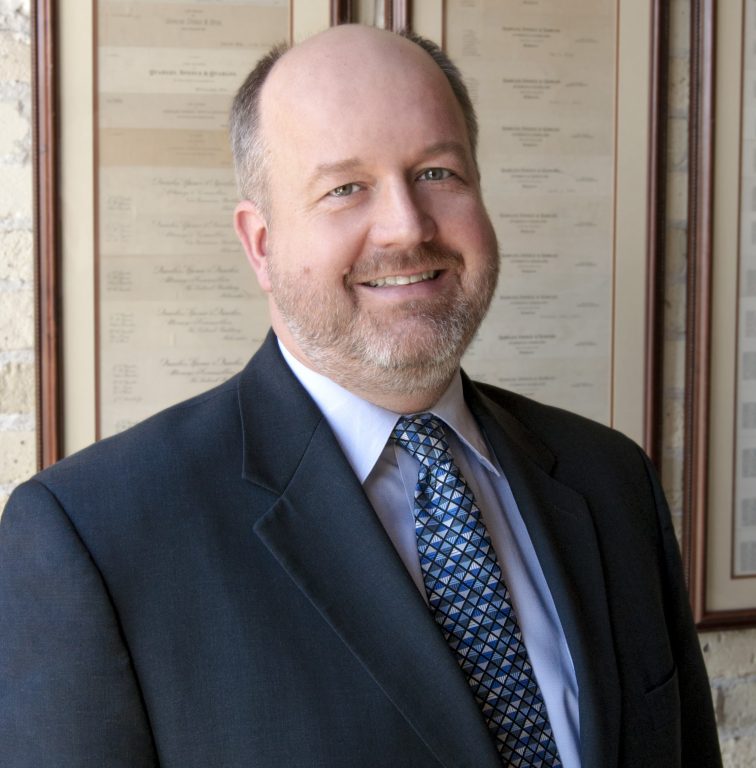 Frederick Strampe. Photo from the Office of the Governor.

“Fred Strampe has proven himself to be a leader of character in his profession and the community,” said Gov. Evers. “He will be an excellent judge for the people of Waukesha County.”

Since 2018, Strampe has been the president of Borgelt, Powell, Peterson & Frauen, S.C., where he began his legal career in 1997. The firm’s core practice focuses on civil litigation and dispute resolution for the insurance industry. Strampe has litigated cases across Wisconsin in both state and federal courts and has extensive experience representing clients in all types of civil cases. As president, he is responsible for the administration and operations of the 50-person firm and developed a long-range planning process to set and monitor firm goals.

“He is a skilled and knowledgeable lawyer and litigator,” said Milwaukee County Circuit Court Judge Christopher Foley. “He is highly respected by the bench and bar as a result of his knowledge, skill, and respectful, collegial, and collaborative approach.”

Prior to his legal career, Strampe served in the U.S. Army from 1990 to 1994. He was commissioned as an infantry officer and stationed in Germany. He was promoted to first lieutenant in 1992 and was selected for promotion to captain in 1994 before being honorably discharged from active duty to attend law school.

“I have been continually impressed by Attorney Strampe’s ethics, preparedness, command of the Rules of Evidence and Civil Procedure, ability to problem solve, and ability to multi-task,” said Attorney Michael P. Crooks of von Briesen & Roper, S.C. “Undoubtedly, these attributes are the same skill set necessary for a successful judicial career.”

“I am honored for the opportunity to serve the people of Waukesha County as a Circuit Court Judge,” said Strampe. “I will work with the dedicated Judges and staff of the Waukesha County Circuit Court to uphold my responsibility to protect our community, apply the law fairly, and treat everyone with respect. My work on the bench will be guided by my dedication to public service and commitment to the Rule of Law. My goal as a circuit court judge is to enforce the law evenly, to ensure all litigants leave the courtroom knowing that the process was impartial and fair. I want to thank my colleagues and family for their support throughout this process.”

A photo of Strampe is available here.

Governor’s budget to invest more than $500 million in local communities, provide largest increase in aid to municipalities and counties in decades

“Since 2019, we’ve improved more than 5,800 miles of roads and highways across the state, but there is more work to be done to ensure municipalities have the support and resources they need to keep fixing the darn roads,” said Gov. Evers.