MADISON, Wis. – The Wisconsin Department of Natural Resources (DNR) today announced the site where a former gas station that later served as a small engine repair shop in the Village of Clinton is on its way to being cleaned up with help from a grant from the department.

The financial award comes from the DNR’s Wisconsin Assessment Monies (WAM) program, which provides contractor services worth up to $35,000 for eligible sites. The DNR awarded the grant to the Village of Clinton for the now-vacant property that is known to have some degree of contamination, though just how much contamination is unknown.

“The DNR’s Remediation and Redevelopment Program commends the village for taking a proactive approach regarding this property,” said Jodie Peotter, DNR Brownfields, Outreach and Policy Section Chief. “These WAM funds will go a long way to helping this small Wisconsin community get another step closer in determining the degree and extent of contamination at the site. Once that’s known, the village will have the information it needs to choose the best path forward in cleaning up the property.”

The 0.18-acre property on the corner of East and Milwaukee streets, formerly Doug’s Standard, was first home to a service station beginning in the 1930s which stayed in business until 1990. In the mid-90s, a small engine repair business operated on the site. In recent years, the building and fuel pumps were removed. Petroleum contamination was addressed when the station’s fuel tanks were removed, but a full investigation of the site is necessary for village officials to best determine the future of the property.

Since 2009, the WAM program has provided awards worth more than $2.7 million to more than 66 communities across Wisconsin, partnering to help clean up and redevelop often run-down or underused properties that detract from a community’s potential.

Participation in the WAM program requires minimal effort by local governments. Because there is no local financial match, WAM is an attractive opportunity for communities to learn about environmental conditions. In many instances, WAM awards are leveraged with other funding sources to kick-start repurposing efforts on properties underutilized for many years.

Applications for WAM assistance may be submitted at any time. The DNR uses WAM funding to assess brownfields throughout the state, concentrating on industrial sites and closed or closing manufacturing plants. WAM awards are also made available to brownfields that may not have had a history of manufacturing but are in rural areas, racially diverse communities or economically disadvantaged areas.

More information about WAM and other cleanup award programs is available on the DNR’s Wisconsin Assessment Monies (WAM) program webpage.

Think Smart Before You Start: DNR Urges ATV And UTV Enthusiasts To Follow Safety Tips And Stay Off Undesignated Roads 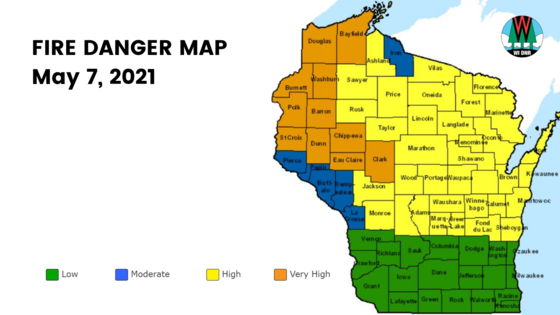