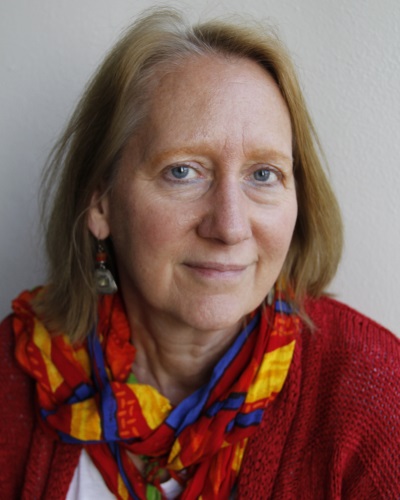 Award-winning journalist Dee J. Hall, whose investigations unearthed one of the largest political scandals in Wisconsin history and exposed injustices against vulnerable residents, is joining the staff of the Wisconsin Center for Investigative Journalism to lead its daily news operations.

Hall becomes the first managing editor of WCIJ, a nonprofit and nonpartisan news organization that seeks to increase the quality and quantity of investigative reporting in Wisconsin while training current and future investigative journalists.

Along with her husband, Andy Hall, she co-founded WCIJ, which since 2009 has published more than 200 major reports focusing on government integrity and quality-of-life issues including education, the environment, the economy, health and the justice system. For the past six summers, she played a vital volunteer role as director of WCIJ’s reporting interns.

“We are delighted that Dee is joining the Center as managing editor,” said Brant Houston, WCIJ board president and Knight Chair of Investigative Reporting at the University of Illinois Urbana-Champaign.

“It is a great next step to have a journalist of her accomplishments and stature join the Center full-time. And we are deeply appreciative of all the incredible volunteer editorial work she has contributed since the Center began.”

WCIJ’s reports, which are distributed for free to other news organizations, have been picked up by more than 230 newspapers, radio and television stations and online newsrooms and have been honored with 32 Milwaukee Press Club awards.

Hall, 54, has worked as an editor and reporter focusing on projects and investigations during much of her 24 years at the Wisconsin State Journal. A 1982 graduate of Indiana University’s journalism school, Hall served reporting internships at the weekly Lake County Star in Crown Point, Ind., The Gary (Ind.) Post-Tribune, The Louisville (Ky.) Times and The St. Petersburg (Fla.) Times. Prior to returning to her hometown of Madison in 1990, she was a reporter for eight years at The Arizona Republic newspaper in Phoenix, where she covered city government, schools and the environment.

During her 32-year journalism career, Hall has won more than three dozen local, state and national awards for her work, including the 2001 State Journal investigation that uncovered a $4 million-a-year secret campaign machine operated by Wisconsin’s top legislative leaders. The expose, which became known as the “legislative caucus scandal,” led to the closure of the four partisan caucus offices, criminal charges against five top Democratic and Republican lawmakers and their aides and new work rules at the Capitol explicitly banning campaign work on state time and in state offices.

Hall’s reporting also led to the exoneration of a central Wisconsin man who was wrongfully charged with arson after an electrical malfunction burned down his rural Marquette County bar. The 2011 State Journal series showed flaws in the investigation, which included crucial technical work by the insurance company that stood to benefit if the accidental fire were declared an arson. As he left prison in 2013, Joseph Awe credited Hall’s reporting for leading to his overturned conviction.

Hall begins her new duties on June 8, directing WCIJ’s daily news operations, including its reporters and interns, as well as its collaborations with Wisconsin Public Radio, Wisconsin Public Television, other news organizations and the University of Wisconsin-Madison School of Journalism and Mass Communication, where WCIJ is housed. In addition, she will continue to work as a reporter, producing stories alone or in collaboration with students and professional journalists.

Her hiring will allow Andy Hall, executive director, to focus on leading WCIJ journalistic and development strategies, handling final edits of major stories, and strengthening the financial foundation of the organization.

The Center is based in the School of Journalism and Mass Communication at the University of Wisconsin-Madison. It collaborates with Wisconsin Public Radio, Wisconsin Public Television, and news organizations across Wisconsin and the nation.

The Center publicly acknowledges all of its donors, to increase the transparency — and protect the integrity — of its public-interest journalism. The Center has been supported by foundations, including Ethics and Excellence in Journalism Foundation, Open Society Foundations, The Joyce Foundation, Evjue Foundation, Vital Projects Fund, McCormick Foundation and Ford Foundation. More than 100 individuals also have contributed to the Center. Connect with the Center on Twitter at twitter.com/WisWatch and Facebook at facebook.com/WisWatch.