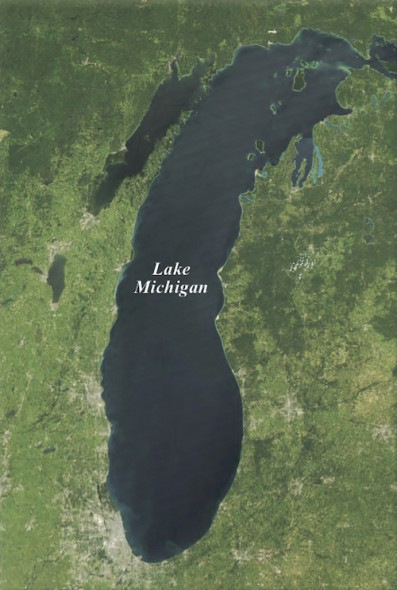 ANN ARBOR, MICH. (March 9, 2017)—The Healing Our Waters-Great Lakes Coalition today expressed deep concern with the rumored Trump Administration’s budget cuts that would gut core Great Lakes programs, roll back Clean Water Act protections, and delay federal action to respond to serious threats like the invasive Asian carp. Absent a change in course from the Trump Administration, the Coalition is looking to work with the U.S. Congress to keep federal restoration efforts on track.

“The administration’s actions over the last few weeks threaten to stop federal Great Lakes restoration efforts in their tracks and undermine gains we’ve made,” said Todd Ambs, campaign director for the Healing Our Waters-Great Lakes Coalition. “We strongly urge the White House to reverse course and put forward a strong Great Lakes budget that is in the best interest of the millions of people who depend on the Great Lakes for their drinking water, job, and way of life.”

Preliminary Trump Administration budget numbers leaked last week would eviscerate funding for the Great Lakes Restoration Initiative – the popular and successful federal program to clean up toxic pollution, reduce runoff, control invasive species and restore habitat – from $300 million to $10 million, a 97 percent cut. This cut comes, even though President Trump’s campaign pledged to support Great Lakes restoration investments in September 2016. In addition to cuts to Great Lakes programs, the budget also contained drastic cuts to other critical programs and even the elimination of programs such as the EPA’s environmental justice office.

The preliminary budget was the latest in series of actions that could undermine Great Lakes restoration efforts. Over the last three weeks the Trump Administration has:

“These actions have real impacts on local communities,” said Joy Mulinex, co-chair of the Healing Our Waters-Great Lakes Coalition and director of government relations, Western Reserve Land Conservancy. “Federal investments are producing results, but serious threats remain. Cutting successful programs will not save the federal government one penny, because projects will only get more difficult and expensive the longer we wait.”

President Trump is scheduled to release the final proposed budget the week of March 13. That week, as part of the Healing Our Waters-Great Lakes Coalition’s annual fly-in to Washington, D.C., more than 100 Great Lakes advocates will be meeting with members of Congress to talk about successful restoration efforts. Over the past three years, Republicans and Democrats in the U.S. Congress have beaten back attempts to cut Great Lakes programs.

“Congress controls the purse strings, and we have been fortunate to have strong Great Lakes champions on both sides of the aisle,” said Chad Lord, policy director, Healing Our Waters-Great Lakes Coalition. “Now, more than ever, it will be important for Great Lakes senators and representatives to support Great Lakes restoration and protection efforts and defend the policies and agencies like the Environmental Protection Agency that are the foundation for clean water. Every single person in the United States deserves access to affordable, clean, safe drinking water, beaches that are safe to swim in and fish that are safe to eat.”

The Healing Our Waters-Great Lakes Coalition consists of more than 145 environmental, conservation, outdoor recreation organizations, zoos, aquariums and museums representing millions of people, whose common goal is to restore and protect the Great Lakes. Learn more at www.healthylakes.org or follow us on Twitter @healthylakes.