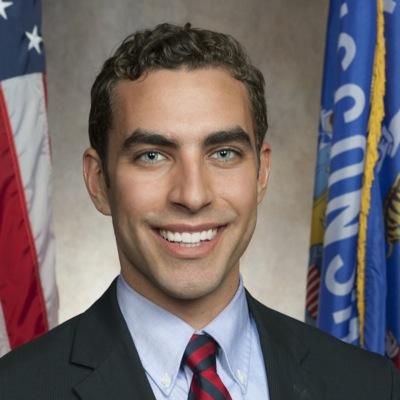 MADISON, Wis. — This week the state media observes “Sunshine Week,” highlighting the importance of open government. But there’s a cloud over the office of State Attorney General Brad Schimel according to One Wisconsin Now, in the form of an open records request for copies of the calendars of Schimel and a top aide, at the center of the 17 percent raise scandal, made in late January, that remains unfulfilled nearly two months later.

“This sunshine week there is a cloud hanging over the Attorney General’s office,” said One Wisconsin Now Executive Director Scot Ross. “We requested copies of the calendars of Brad Schimel and a top aide, a simple, straightforward and easily fulfilled request. We’re shining a light today on the failure of the Attorney General who nearly two months later has yet to provide us with the requested documents.”

On January 24, 2017, One Wisconsin Now submitted an open records request for copies of the calendars for Schimel and Johnny Koremenos, listed as the Director of Communications and Public Affairs. The state Department of Justice acknowledged receipt of the open records on January 26, however as of March 13, none of the requested information has been provided.

Ross noted that the information about how state employee Johnny Koremenos spends his time is of particular interest given his salary arrangement which, until recently, involved him being paid by both state taxpayers and Schimel’s campaign. A story in the Milwaukee Journal Sentinel over the weekend reported that Koremenos was the recent recipient of a 17.5 percent raise in his state pay after he stopped being paid by Schimel’s campaign.

He added that this is not the first time Schimel’s office has delayed filling simple open records request. In mid-December 2015, One Wisconsin Now requested copies of resumes and any other applications for the position of deputy attorney general, after it was announced Schimel had filled the spot with a corporate lobbyist. Schimel neither acknowledged receipt of the request nor complied by providing relevant documents for over four weeks.

Guidance from the Department of Justice’s Office of Open Government, announced with much self-serving fanfare by Schimel, grandly declares, “It is imperative that we recognize that transparency is the cornerstone of democracy and that citizens cannot hold their elected officials accountable in a representative government unless government is performed in the open. As Wisconsin Attorney General, I recognize the important role the Department of Justice has in ensuring that Wisconsin’s open government laws are properly and faithfully executed by public officials.”

A document on the Open Government Office’s website claims, “DOJ policy is that ten working days generally is a reasonable time for responding to a simple request for a limited number of easily identifiable records.”

Ross concluded, “Maybe Brad Schimel should spend a little less time promoting himself as an open government champion and instead start abiding by the open records law and his own policy. Fulfilling our request for copies of his and one of his employees calendars would be a good place to start.”