Bucks Replicate Famed MECCA Court for ‘Return to the MECCA’ Game on Oct. 26

The court that will be used for Thursday’s game was painted by ProStar Surface. 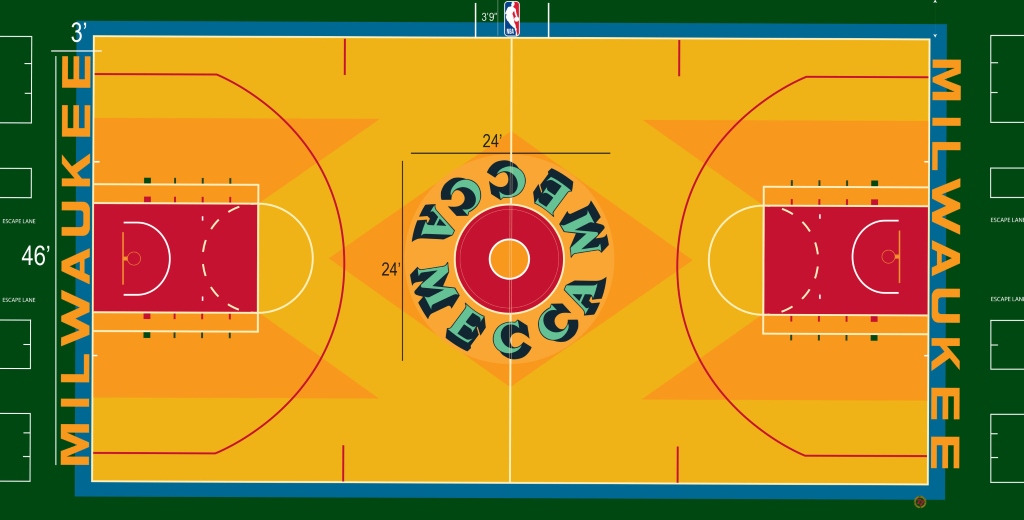 MILWAUKEE (October 20, 2017) – A replication of the “court that made Milwaukee famous” will be used for the Bucks “Return to the MECCA” game on Thursday, Oct. 26 against the Boston Celtics, which starts at 7 p.m. When the Bucks and Celtics take the floor at UW-Milwaukee Panther Arena, formerly known as the MECCA, they’ll do so on a replica of the famous Robert Indiana-designed court that the Bucks played on from 1977 through the team’s final season in the MECCA in 1987-88.

“On this special night at the MECCA, it’s only fitting for fans to have another chance to see the Bucks play on this iconic court,” said Dustin Godsey, Milwaukee Bucks Chief Marketing Officer. “Robert Indiana’s famously designed floor is a major part of the legacy of the Bucks and the city of Milwaukee and we’re proud to celebrate the team’s heritage in our 50th Anniversary season.”

The court that will be used for Thursday’s game was painted by ProStar Surfaces, the official floor contractor and supplier of the Milwaukee Bucks, and was provided by Connor Sports. The paint was supplied by Bona and will match the original court’s paint design. The replication of the famous Robert Indiana floor was made possible thanks to Artists Rights Society and the Morgan Art Foundation, which represents the rights and permission interests of artist Robert Indiana.