Arena Funding Plan on Life Support; Time for Plan B

It appears that the state’s arena funding plan has hit opposition in the Republican caucus (and no doubt in the Democratic caucus as well). Legislators are beginning to realize exactly how costly this particular plan will be and how fundamentally dishonest it is.

The Governor and legislative leaders have tied themselves in knots trying to craft a funding plan that looks like free money that appears to tax no one, and does not look like a huge subsidy to a private business while the Republicans are proposing massive cuts to priorities such as the University of Wisconsin system. In doing so they have come up with gimmicks that will carry huge interest costs for the Wisconsin Center District—a creature of state government—that will have to be absorbed by local taxes primarily in Milwaukee County and that will virtually foreclose the expansion of the convention center for years (and perhaps decades) with no public discussion or debate. Even more extreme, the Governor and state legislative leaders have come up with a scheme to pay 100% on the dollar for $55 million of Milwaukee County’s bad debt.

This is “bad debt” for a reason, namely it is largely uncollectible or we can certainly assume that County Executive Abele and his predecessor, County Executive Scott Walker, would have been collecting this debt over the last 12 years if it was collectible in the first place. This “bad debt” scheme is nothing but a poorly disguised direct payment to the new arena from the state and/or county for all or most of this $55 million.

This sales tax plan is honest and straight forward. The Legislature could require a binding Milwaukee County referendum before this tax is implemented thereby preserving democracy in what has heretofore been a secretive and byzantine process. While there will certainly be opposition to higher sales taxes, at least this plan addresses the need for new revenue directly. There is no free lunch. If Milwaukee County citizens want a first class park system and cultural institutions, want improved and expanded public transit and want to retain an NBA franchise, we have to be willing to pay for it.

Ald. Bauman introduces resolution directing the City to lobby against I-94 reconstruction

9 thoughts on “Arena Funding Plan on Life Support; Time for Plan B” 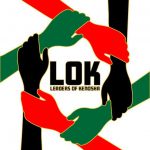 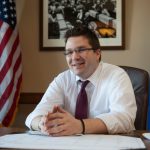