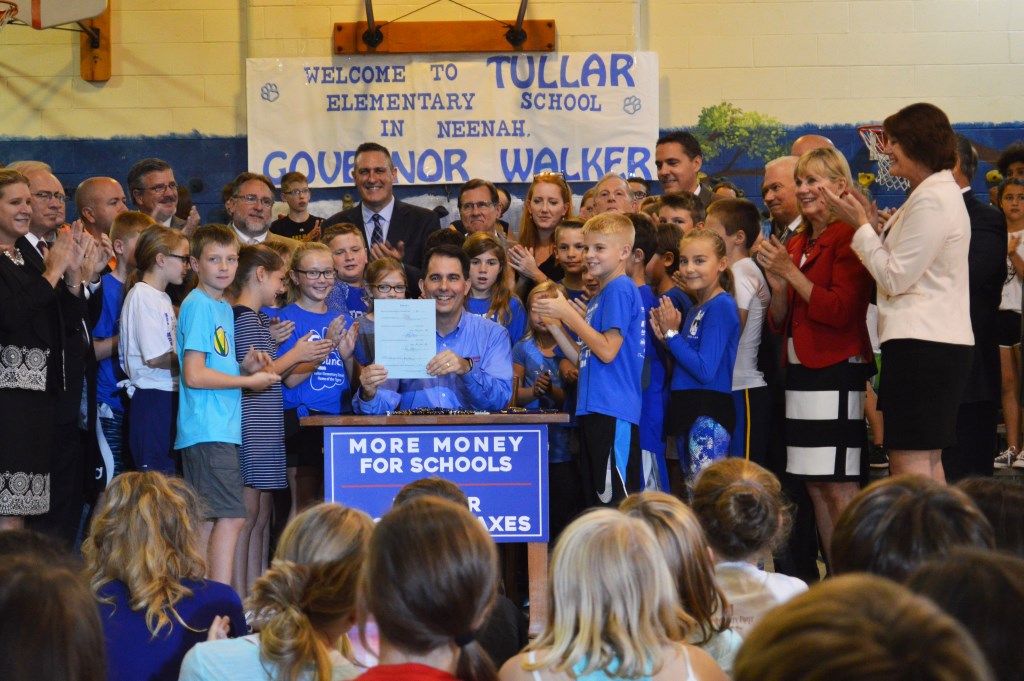 MADISON, WI – Americans for Prosperity-Wisconsin praised key provisions in the budget signed by Governor Scott Walker today. The two-year spending plan contains many long-standing policy goals advocated by the group’s base of over 130,000 free-market grassroots activists. AFP-WI spotlighted Governor Walker’s veto of a proposal to expand the powers of the Wisconsin Public Finance Authority (PFA) targeted by the group in an aggressive grassroots, digital and social media campaign last week.

“The budget signed by Governor Walker today is a recognition that pro-growth policies have worked and will continue to work in the state of Wisconsin. This was the time to go bold and double down on a conservative agenda of cutting taxes, reining in regulations and holding government accountable to the people. It is fitting that today’s signing ceremony took place at an elementary school since this approach creates the revenue growth that has allowed record increases in K-12 education investment. Robust economic growth leads to high quality public services far better than tax hikes and new regulations ever could. ”

“We are pleased that this budget eliminates the onerous small business tax (also known at AMT) as well as the State Levied Property Tax saving taxpayers $180 million. The budget maintains a sensible freeze on local property taxes ensuring taxes will be lower next year than they were in 2010. It includes an important good-government reform to only hold tax hike referendums on major election dates. AFP-WI is also pleased this budget reduces the personal property tax by $75 million setting the stage to eliminate the tax in 2019. Our activists will be working to fully eliminate this burdensome tax in the future.”

“This budget includes important cost-saving reforms such as the full repeal of the prevailing wage and federal swap legislation. It rejects gas and heavy truck taxes which would have hit working class Wisconsinites worst and first. It contains the lowest level of borrowing in two decades while keeping the focus on local roads and safety and maintenance.”

“Governor Walker is continuing a tradition of Wisconsin leading the way on welfare reform. His ‘Wisconsin Works for Everyone’ reform package encourages and rewards work, helping every Wisconsinite obtain the dignity and opportunity that comes through employment.”

“We commend Governor Walker for using his line-item veto authority to axe an expansion of the controversial Public Finance Authority and to scrap or limit several special interest tax breaks. Additionally, this budget rightly rejects an attempt made this summer to create a ‘Liquor Tsar’ and increase regulatory burdens on craft beverage producers.”