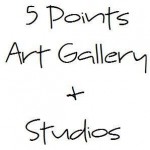 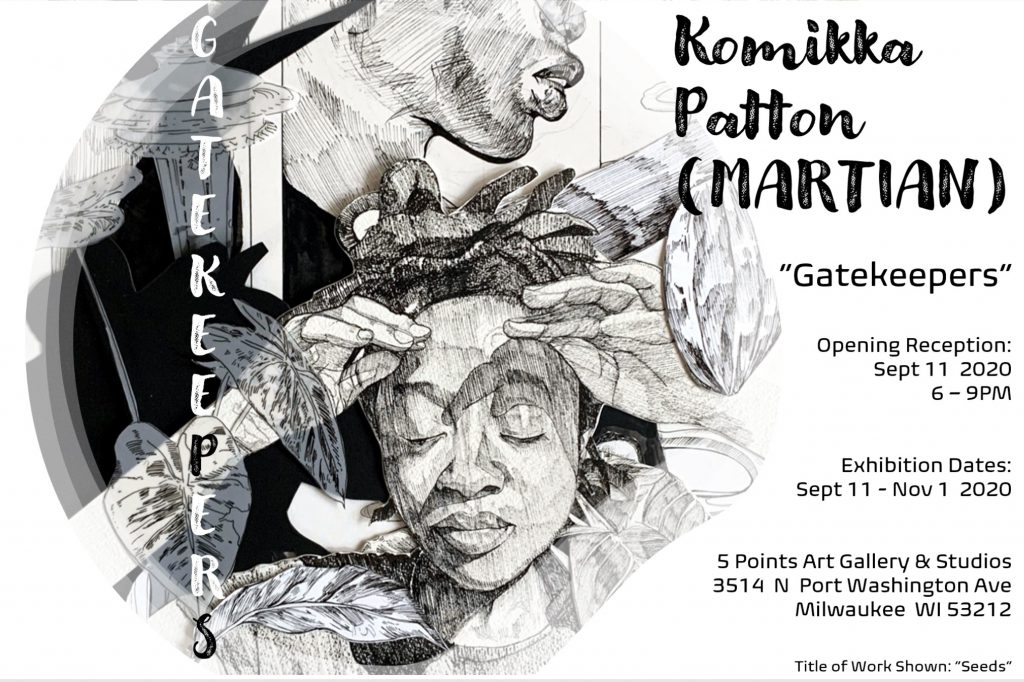 MILWAUKEE, WI – September 11, 2020, 6-9 p.m., 5 Points Art Gallery & Studios spins the afro-futuristic collage works of Komikka Patton, previously on display in the group visual arts exhibition, This Is America, into an expanded solo show, entitled, Gatekeepers. Also going by the name “Komikka Patton (MARTIAN)”, this Brooklyn, NY- based artist has created a contemporary response project, touching on futurism, transhumanism, mythology, and storytelling. Via intricately layered and precisely cut black and white collages and drawings formulating spatial portals and spiritual realms, Patton (MARTIAN) depicts reflections of herself as projections of other Black women artists, powerful Gatekeepers, feminist interventionists, and liberators to the Black female figure from her traditional duties and secondary status.

Part African Queens, part cyborgs, these Gatekeepers (or goddesses) of individualized utopian realms, collect, conserve, and share memories, histories, and stories all the while casting Black women into the future, imbued with confidence and the ability to transcend negative stereotypes and exist in a peaceful fashion deemed implausible by standard conventions.

The Gatekeepers series is ignited by the exploration of gender, race, culture, collective consciousness, and unconsciousness through the lens of Black women. The collage milieus encourage the audience to arrive at many possibilities of a future, not only looking beyond oneself for such a place, but also within.

These mind-channeling and boundary-challenging collages are on display until November 1, 2020. 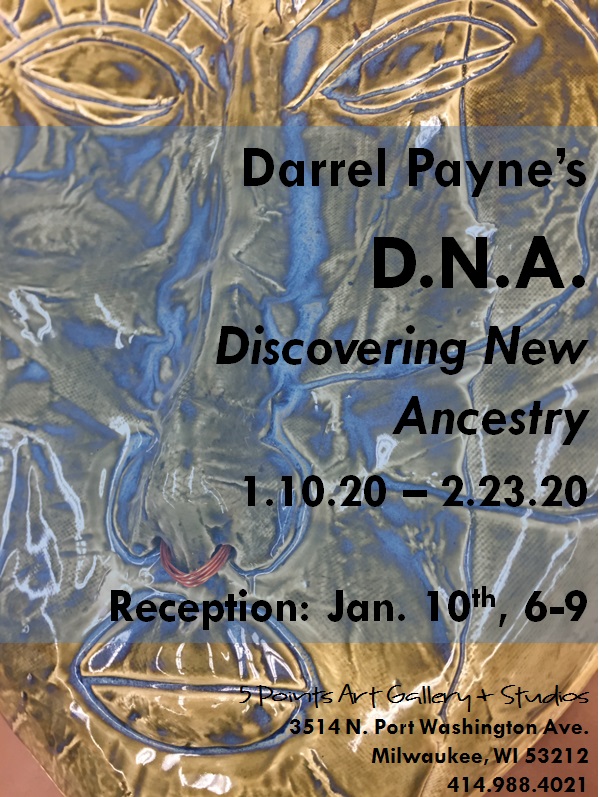