We’ve Been Here All Along: A Discussion with Richard Wagner on Wisconsin’s Early Gay History 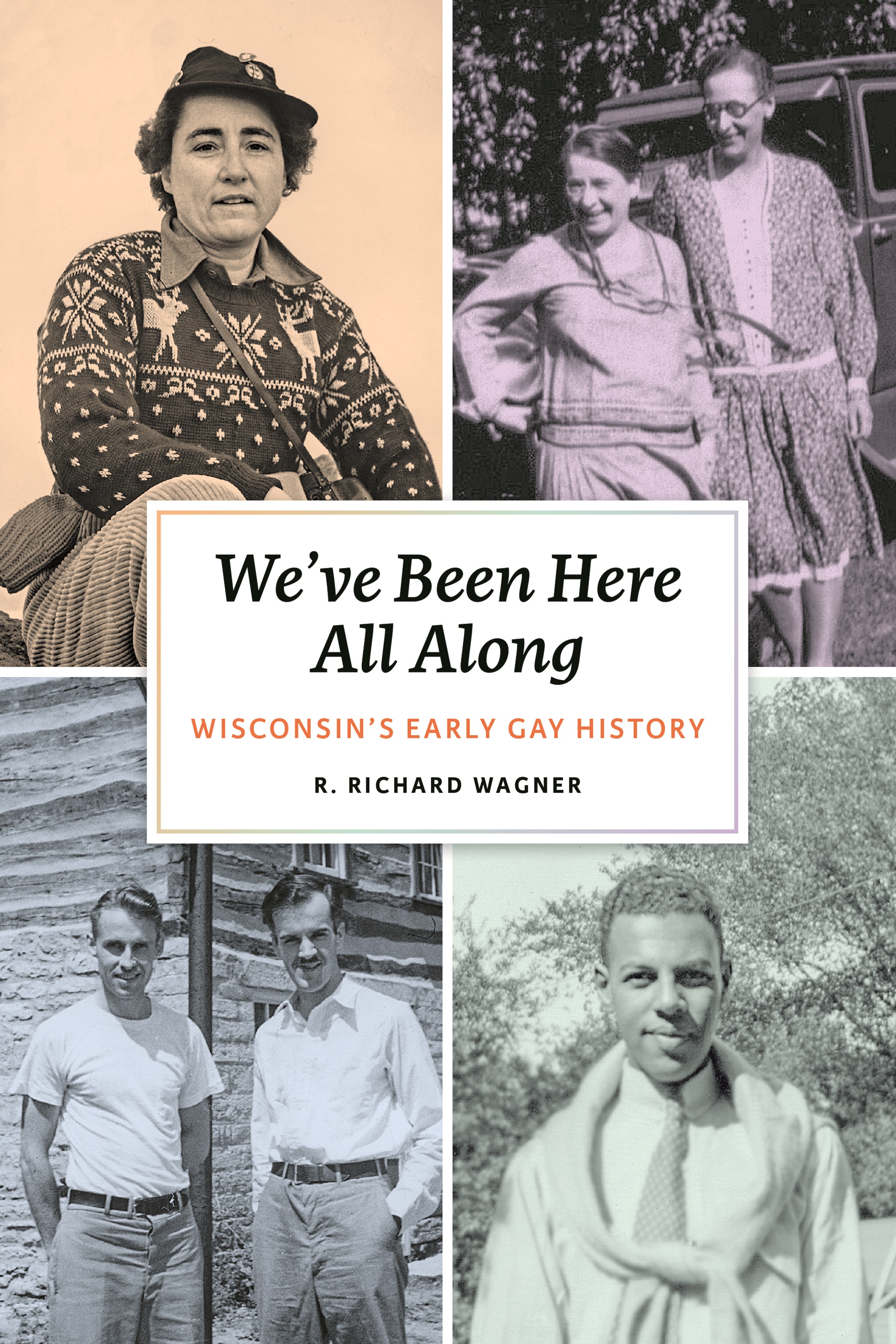 Richard Wagner, author of the recently published, We’ve Been Here All Along: Wisconsin’s Early Gay History, (Wisconsin Historical Society Press, 2019), will give a presentation about his book at 7 p.m. on Wednesday, September 18, 2019 in the fourth floor Conference Center of the UWM Golda Meir Library, 2311 E. Hartford Ave.

The first of two groundbreaking volumes on gay history in Wisconsin, We’ve Been Here All Along provides an illuminating and nuanced picture of Wisconsin’s gay history from the reporting on the Oscar Wilde trials of 1895 to the landmark Stonewall Riots of 1969.

Throughout these decades, gay Wisconsinites developed identities, created support networks, and found ways to thrive in their communities despite various forms of suppression–from the anti-vice crusades of the early twentieth century, to the post-war labeling of homosexuality as an illness, to the Lavender Scare of the 1950s.

In We’ve Been Here All Along, Wagner draws on historical research and materials from his own extensive archive to uncover previously hidden stories of gay Wisconsinites. This book honors their legacy and confirms that they have been fundamental to the development and evolution of the state since its earliest days.

The talk, free and open to the public, is sponsored by the Wisconsin Historical Society Press and UWM Libraries, and co-sponsored by Boswell Book Company, UWM LGBT Studies Program, and UWM LGBT Resource Center.

There will be an exhibit featuring some of the source materials for the book, drawn from the collections of the Wisconsin Historical Society and the UWM Libraries.

Copies of We’ve Been Here All Along will be available for purchase from Boswell Book Company at the event.

Scholar and activist R. Richard Wagner was the first openly gay member of the Dane County Board of Supervisors, where he served for fourteen years. In 1983 he was appointed by Governor Tony Earl to co-chair the Governor’s Council on Lesbian and Gay Issues, the first in the nation. In 2005 he joined the Board of Fair Wisconsin to fight the constitutional amendment against marriage equality.