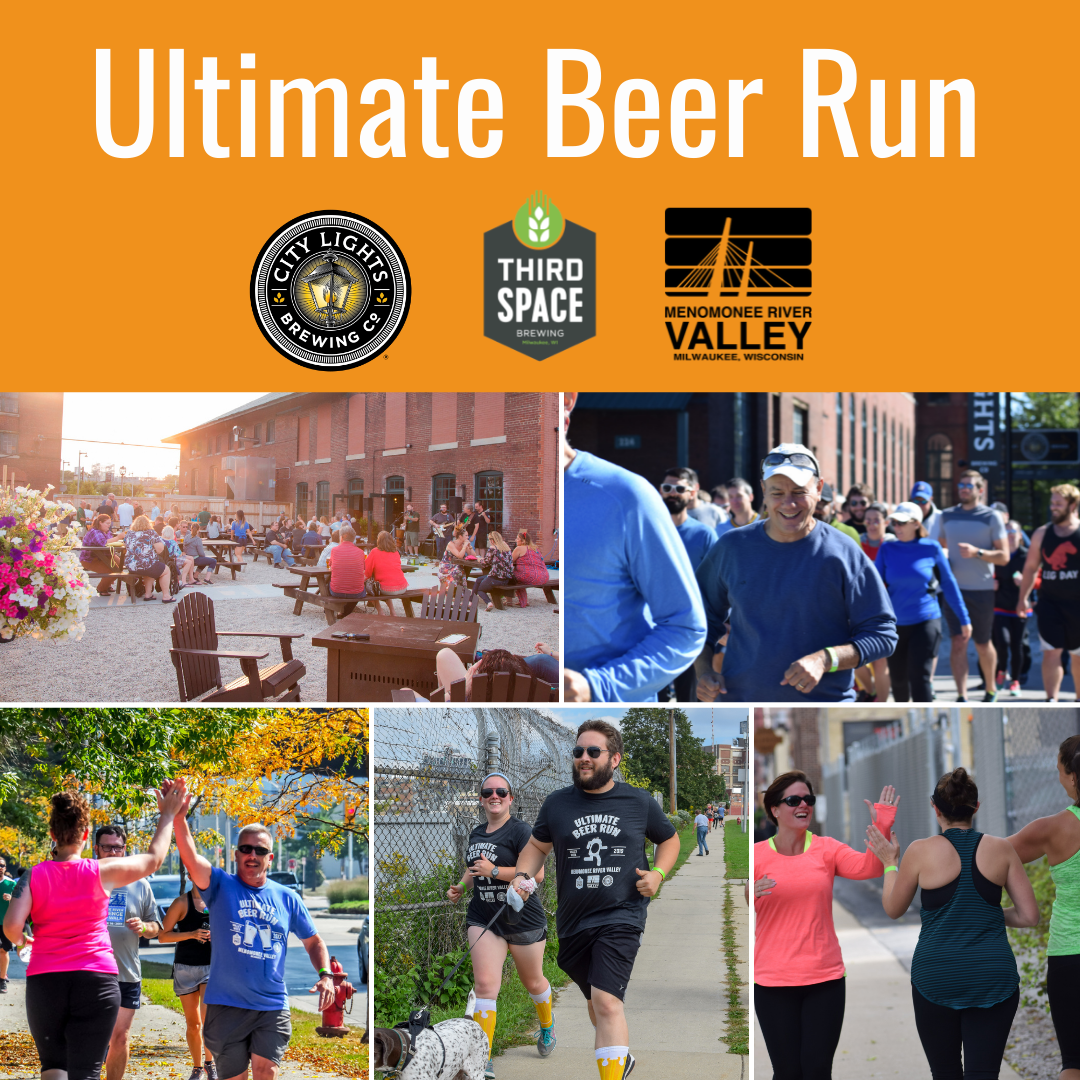 The Ultimate Beer Run is a fun and memorable high energy run/walk event with hops, high fives, a mid-point beer, and a finisher beer. Wow! Two complimentary beers and you don’t even have to wait until the end to cash in!

Half of the group will start at Third Space Brewing and make their way, some faster some slower, to City Lights Brewing where they will enjoy a delicately handcrafted beer. The other half of the group will start at City Lights and head to Third Space where they will enjoy their very own freshly brewed beer. After getting a taste of goodness at the midway point, registrants complete the loop to their starting points where their taste buds will bask in the goodness of yet another beer!

You can run, jog, walk, or crawl this 3.7k. Use caution, there are two gradual inclines. After rehydrating at the finish line, stick around for the day’s entertainment: food, fun, and more beer!

At Third Space Brewing, the party will continue with Rock the Green and Third Space Brewing’s 5th Anniversary party. Live music from 2pm to close! In addition to your two complimentary beers, you’ll also receive a super soft commemorative t-shirt!

And if that wasn’t enough, all proceeds from this crazy fun run support Menomonee Valley Partners (MVP), a nonprofit that has been working to revitalize the Menomonee River Valley for the last 22 years!